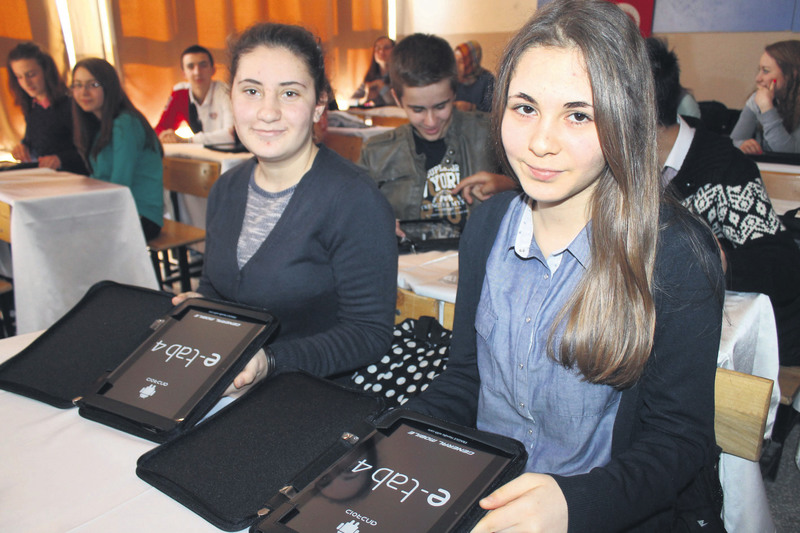 by Daily Sabah Mar 04, 2015 12:00 am
By the end of this year, over 9,000 schools in Turkey will have been provided broadband high-speed Internet infrastructure via the Fatih Project. Dinçer Ateş, head of the Innovation and Education Technologies Department (YEĞİTEK) under the Ministry of National Education, and Kamil Orman, head of Netaş telecom, concluded a procurement contract to continue the second phase of LAN installations in schools.

During his speech, Ateş said the agreement is an important step of the project and that the Internet infrastructure of 3,362 schools was created in 2013.
A tender was initiated last year for a group of 4,462 schools that will be able to easily access the Internet when the project is finalized. "In total, 17,362 schools will have broadband Internet access and 3,362 schools can access the Internet as of May," he said. Ateş said the success of the Fatih Project surprised many people due to the high number of target schools. "However, we are used to hearing such big numbers in Turkey. When I gave this number to UNESCO officials last year, they asked whether the number includes schools or classes. We have made huge progress and completed a significant portion of the infrastructure work so far."

Another tender will be issued to provide Internet access to 10,000 more schools this year. The Fatih Project also includes the purchase of 700,000 tablet PCs, which will be given to students soon. Ateş said that in 2012, 84,000 interactive whiteboards were introduced to schools and 30,000 more have been recently provided.