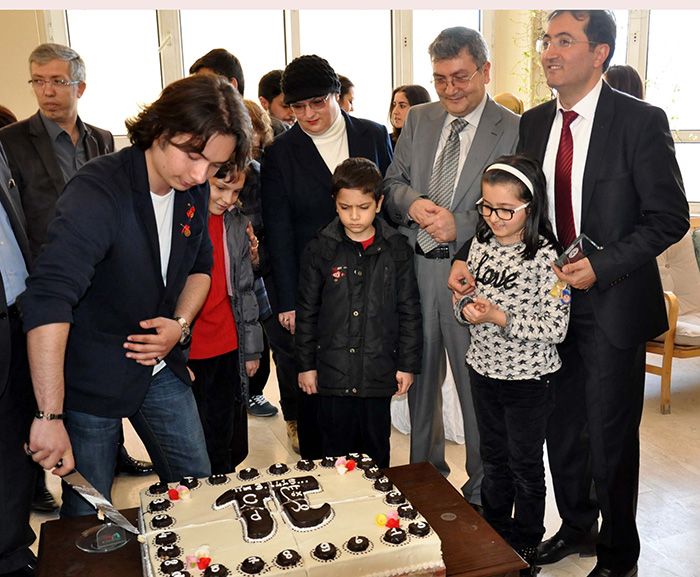 A new Turkish record for memorizing Pi number has been broken by Erciyes University student, Muhammed İşçi, who recited Pi from memory to the 1024th digit in 12 minutes, as part of a conference on 'March 14 World Pi Day', organized by the Faculty of Science, in Kayseri on Friday.

The existed record was belonging to Middle East Technical University (META) student, Yasemin Gülenbaş who had memorized Pi to the 606th digit.
İşçi celebrated his achievement with his friends after the competition and received several presents and prizes from the University Deputy Rector Professor Murat Doğan and Professor Hüseyin Altındiş.

The number π is a mathematical constant, the ratio of a circle's circumference to its diameter, commonly approximated as 3.14159. It has been represented by the Greek letter "π" since the mid-18th century, though it is also sometimes spelled out as "pi". Being an irrational number, π cannot be expressed exactly as a common fraction, although fractions such as 22/7 and other rational numbers are commonly used to approximate π.

The Pi Day is observed on 14 March around the world by mathematicians and scientists, as the March is the third month of the year, in a way representing the 3/14 π, through various 'science geek' events and memorization competitions.