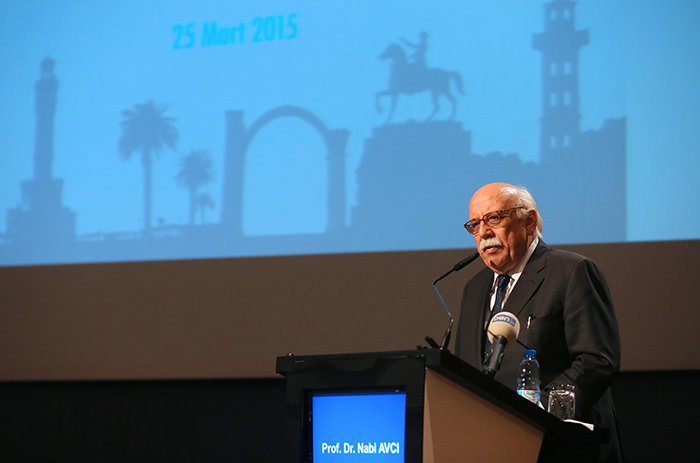 |DHA Photo
by Anadolu Agency Apr 02, 2015 12:00 am
There are strong indications that the National Education Ministry was targeted in a conspiracy that led to organized cheating in the 2010 civil service exam, Education Minister Nabi Avcı said yesterday.

"We are aware that the Ministry of National Education was one of the targets in a conspiracy," he told Anadolu Agency, referring without giving names to the so-called "parallel structure" – a network of bureaucrats and senior officials embedded in the country's institutions, including the judiciary and police, which the government claims are trying to undermine it.

Following a 15-month assessment, the police moved last Friday to detain dozens as part of a cheating probe in the KPSS exam in 2010, which allegedly uncovered involvement of members of the "parallel structure."

"The ministry has initiated administrative action against 14 ministry staff who are among the detainees," Avcı said, adding that all necessary actions would be taken against all employees who are proven to have been hired and placed in civil service positions within the ministry through cheating and fraud.

"We need to clear them all. With that, I mean remove them from service and take action against them," he said.

Police have so far detained 75 people – 40 of whom are civil servants – in simultaneous operations in 19 provinces, including Istanbul, Bursa, Isparta, Samsun, Sakarya, Sivas, Eskişehir, Çorum, Batman and İzmir.

The suspects face charges of membership in a criminal organization, document fraud, illegal and harmful activity in public institutions, destroying criminal evidence and abuse of power.

Some of the suspects the police sought to detain were abroad.

Six people were released by police and seven others by the court, while the remaining 62 were arrested and referred to court last Thursday.

The prosecutor said the detentions were due to a "strong suspicion that the suspects have indeed committed the crimes they have been charged with."

Thirty-two of the 62 suspects were held by the court, while the rest were released under judicial monitoring.

The detained suspects reportedly denied the charges against them. When asked how they achieved the perfect score in the exam, most of them said "we worked hard on our own and succeeded."

Meanwhile, four suspects confessed to the crimes. Drawing from their testimonies, police concluded that all of the suspects were in touch with one another through an association in Ankara. The investigation found that the questions of the KPSS exam were brought to this association and distributed.

Some of the suspects acquired cell phone lines using the IDs of senior citizens and used these lines to cheat on the KPSS exam. Those using the lines were later found to be affiliated with the association.

The suspects included a police chief suspected of meddling with computers examined by police and deleting traces of KPSS exam content.

The Ankara prosecutor's office has issued a two-page written statement saying that the "parallel structure" presented a "great threat" to the Republic of Turkey by working to infiltrate government institutions, and by illegally obtaining and using public examination content thereby usurping the rights of millions of people.

The statement said that while no candidate received the perfect score – 120 out of 120 – or even had 119 correct answers, the 2010 KPSS exam boasted 350 test-takers who responded to all 120 questions the same. Of them, 70 were spouses, 23 were related and 52 lived in the same building, site or neighborhood.

Another statement by the prosecutor's office in Ankara said that there were 3,227 people who scored 100 or more and 616 of them were currently in office as public servants.
Last Update: Apr 02, 2015 3:52 pm
RELATED TOPICS