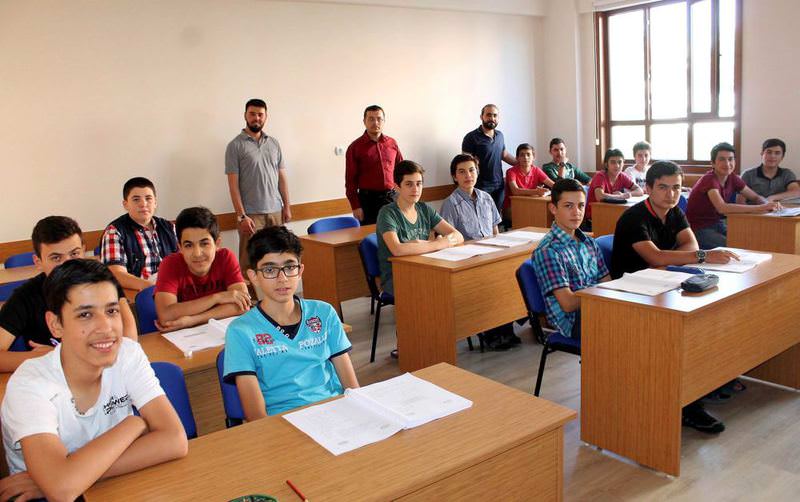 by Daily Sabah with AA
Oct 21, 2015 12:00 am
A nongovernmental organization launched a new project to help Turkish students learning Arabic. "Arab Village" hosts students from imam-hatip schools-institutions which specialize in religious education and Arabic language instruction - and offers them an immersive language learning environment with teachers who are native speakers. Participants are barred from speaking any other language other than Arabic in "the village," a camp set in the central Turkish city of Konya.

The project is the brainchild of the Foundation of Imam-Hatip School Alumni (TİMAV). Professor Muhammet Tasa, the coordinator of the project, says they want students to speak Arabic fluently without having to travel abroad as well as endear them to the language.

For one and a half months, students are taught the language and culture of Arab countries by native speakers.

"We have a highly focused curriculum and lessons last 12 hours every day. At the end of the day, students engage in casual conversation in Arabic to further add to what they learned on that given day. We found out that students are able to speak Arabic better than before at the end of the first program," he says. Students also attend conferences arranged by Arabic language scholars during the camp. Tasa says the project will not be confined to one camp and they plan to expand their capacity next year to host students from all across the country.

"Students travel to Arab countries to learn the language but they return with little proficiency due to time constraints. Besides, they have to spend a lot of money to live abroad. We offer affordable prices and a more intensive program to learn the language," Professor Tasa said.

Arabic has become popular in Turkey as a foreign language in recent years as Turkey rapidly transforms into a hub for investors from Arab countries. A massive flow of refugees in the wake of the Syrian war also helped create a boom in the demand for Arabic, especially among businesses with Arab clientele.

In 2011, the Ministry of National Education introduced Arabic language courses as an elective for fourth and eighth graders. Previously, Arabic education was limited to imam-hatip schools.