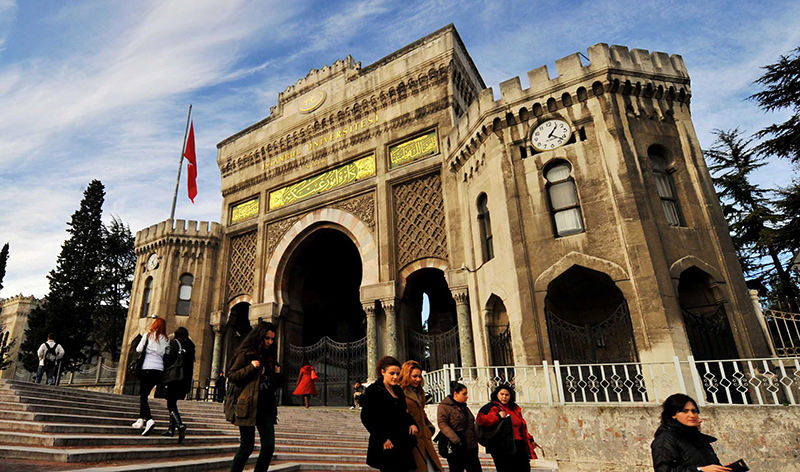 Sale of tobacco-based products such as cigarettes will be banned from all university campuses in Turkey soon, Turkish health minister announced Tuesday.

In remarks made at Anadolu Agency Editors' Desk in Ankara Tuesday, Mehmet Müezzinoğlu said: "We are removing sale of cigarettes from university campuses. There will be no more cigarette sales on campuses."

Müezzinoğlu also vowed to step up the fight against passive smoking outdoors. After the country passed the national smoke-free law in 2008 aimed at curbing smoking at indoor restaurants, cafes, and bars, the minister said smoking-free areas would now also be declared at outdoor restaurants, cafes, and even in public parks and beaches, so that non-smokers do not get exposed to second-hand smoke.

He stated that some selected outdoor areas would have only 25 percent to 50 percent areas for smokers.

The minister also said smoking-free areas would also be established in beaches, near shopping malls and hospital entrances etc.

Health minister said the fight against smoking in Turkey, which started seven-to-eight years ago, was now bearing results. Müezzinoğlu said that when one saw data from the last five years, the number of people diagnosed with tobacco-induced cancers fell "from 33,000 to 30,000 in 2014, while the number of those diagnosed with lung cancer fell from 22,000 to 19,000."

According to the last 2008-2012 comparison fact sheet published by the World Health Organization, smoking prevalence significantly decreased among adults in Turkey from 31.2 percent (16 million) in 2008 to 27.1 percent (14.8 million) in 2012. Turkey, which has implemented pictorial warning labels on cigarette packs since 2010, is also considering implementing plain packaging for tobacco-based products. Plain tobacco packing is a homogeneous packing for all tobacco brands removing all branding colors and allowing manufacturers to print only the name of the brand in addition to health warnings.

But, Müezzinoğlu said Turkish government had removed the issue from its agenda for the moment since there was no other country in the world implementing such a move other than Australia.