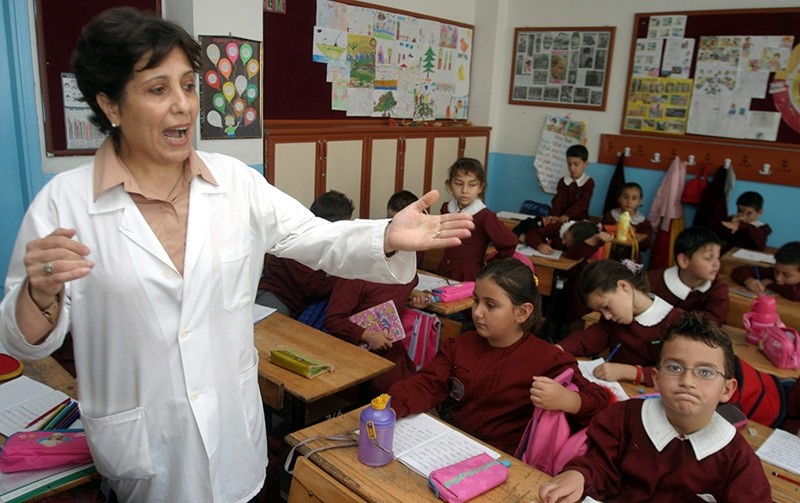 Turkey is planning to hire 20,000 new teachers after suspending thousands of people in the education sector as part of a nation-wide probe against the Gülenist Terrorist Organization (FETÖ), held responsible for the July 15 coup attempt.

Speaking to anti-coup protesters in the central Turkish province of Sivas on Sunday, National Education Minister İsmet Yılmaz said: "We will operate these [public] schools which are owned by the state, the licenses of teachers who work there have been suspended, we will carry on education [services] with newcomers."

"We will not allow any students to suffer," Yılmaz added.

Turkish President Recep Tayyip Erdoğan announced on Saturday that more than 2,000 institutions, affiliated with the U.S.-based preacher Fetullah Gulen, have been closed. These include 15 universities, more than 934 schools, 109 dormitories, 1,125 associations, 19 unions and 35 health associations.

Erdoğan said more than 13,000 people with suspected links to the coup attempt have been taken into custody, including 1,485 police officers, more than 8,000 soldiers, 2,101 members of the judiciary, 52 district governors and 689 civilians.

The suspension of staff from various public offices came after July 15-coup bid which is believed to have been orchestrated by FETÖ, who have been accused of attempting to infiltrate Turkey's vital state institutions -- especially the military, police apparatus and judiciary -- with the aim of creating a "parallel state".

At least 246 people, including civilians and security personnel, were killed -- and nearly 2,200 injured -- during the coup attempt.