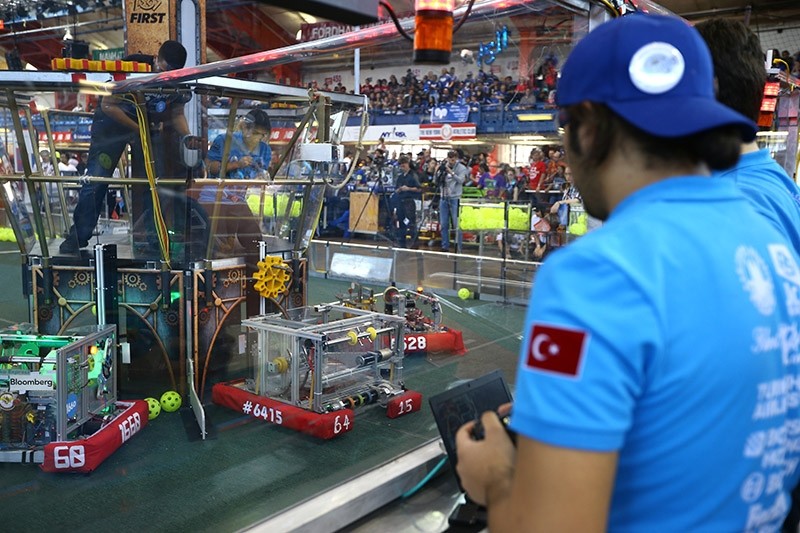 Participants in the competition from Turkey included the robotics teams from Gültepe Vocational and Technical high school, Hisar Schools and the Atalar Technical and Vocational high school. The students from the Gültepe were able to advance to the quarter finals, during which three teams had to join forces. The students delivered a good performance, but were taken out due to robotics problems suffered by their fellow two teams.

They nevertheless received the awards for "Best Team Spirit" and "Newcomer with Highest Score" at the end of the tournament. The other two teams from Turkey were not able to reach the quarter finals, but nevertheless each of them also received an award.

The director of Gültepe high school Tuncay Atay, who took part in the delegation, explained to Anadolu Agency that he was proud of all his teachers and students for representing Turkey in the best possible way. He also thanked institutions and individuals who had acted as sponsors and facilitated their attendance in spite of limited economic conditions.

The students from the Gültepe high school team also expressed satisfaction with their performance in the competition. One of them said that he had been able to gain new friends and enjoy a new experience, while a student named Hatice Dağarslan stated that it had been important for the team to do something for Turkey, and that it had made them proud to participate in the competition and represent their country in such a fashion.