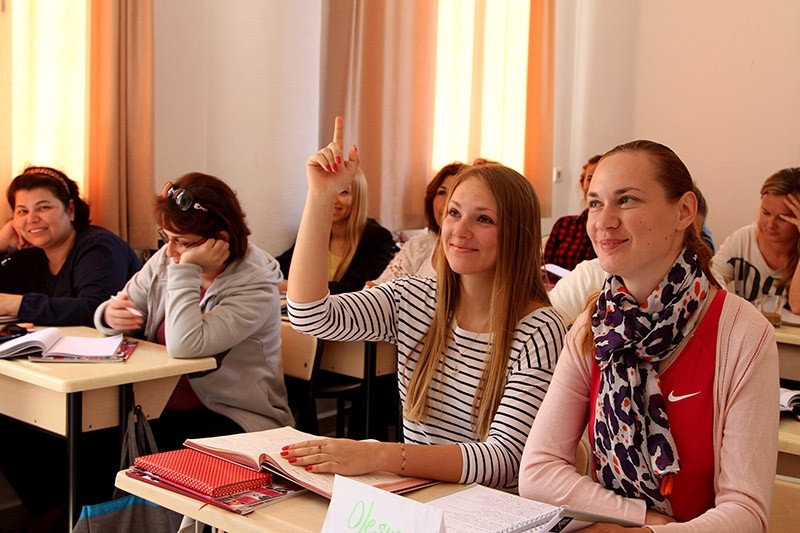 A Turkish course in the district of Fethiye in Muğla province is attracting the interest of foreigners settled in the region. Around 100 individuals are now attending classes to learn Turkish, reports said.

Students from different countries, including Russia, England, Albania, Italy, Ukraine, Poland, Belgium and Iran take Turkish language classes to not only learn the language, but also familiarize with the culture, communicate with neighbors and to make it easier for them to carry on with their daily lives.

The Director of Public Education Center İsmail Cazağ told the Anadolu Agency that the participants were very happy to live in Turkey, and that the beautiful nature of Fethiye was a special reason for them to stay in the region. Cazağ said that it made him happy to see citizens from countries like England, Ukraine or Russia speak Turkish.

The course participants learn to read and write in Turkish and study Turkish grammar. At the end of the course they are given a certificate proving their success. Different levels of language education are offered: the A1 level course of a total of 120 hours is followed by a 160-hours A2 level, which broadens the everyday communications skills obtained at the prior level.

One of the course participants, Nermin Aktaş, a Belgian citizen who changed her name after marriage, has been living in Fethiye together with her Turkish husband for six years. She had spoken little Turkish prior to her course attendance and says that she finds the course very helpful. She also stressed that Turks and non-Turks all lived together in Fethiye and that she was also learning the Turkish culture, which she considers to be a special enrichment.