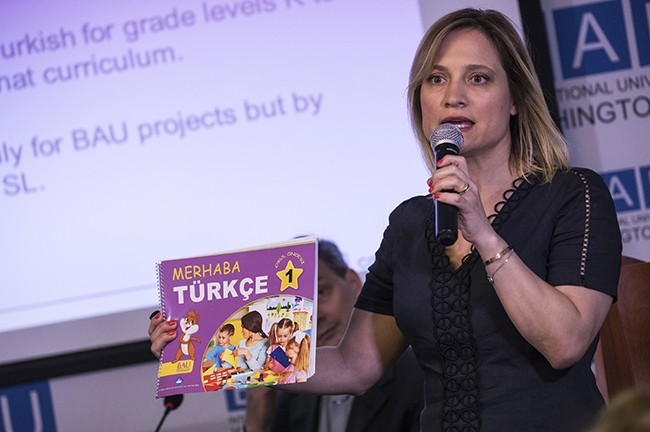 The study of Syrian refugee children living in Turkey, presented Tuesday at BAU International University in Washington, D.C., suggests that digital games could be, "a cost-efficient and scalable approach to meeting the educational and psychological needs of refugee children."

A Bahçeşehir-NYU research team found that many Syrian refugee children were not enrolled in school in Turkey, partly as the result of language barriers, and about half suffered from posttraumatic stress disorder (PTSD) and/or depression.

The research largely attests to the advantages of Project Hope, an initiative which aims to provide Syrian refugee children with digital game-based education opportunities to improve Turkish language proficiency, executive functions, and coding skills while decreasing their sense of despair and increasing hope.

A total of 147 Syrian refugee children living in the southeastern Turkish province of Şanlıurfa between the ages of 9 and 14 tested the effectiveness of the Project Hope over a time period of four weeks.

Researchers said that the results of the test were encouraging.

Meanwhile, Minecraft, a virtual land game where users can create their own worlds and experiences, helped refugee children feel considerably less hopeless. The game gives children a sense of control and possibility, and helps restore feelings that have often been stripped from refugees, the researchers said.

"Our pilot study shows that using game-based learning is an effective, cost-efficient way to teach refugee children important skills – and importantly, this structured environment provided distressed refugee children an outlet to imagine a better future for themselves," said Sinem Vatanartıran, president of BAU International University and a Project Hope investigator.