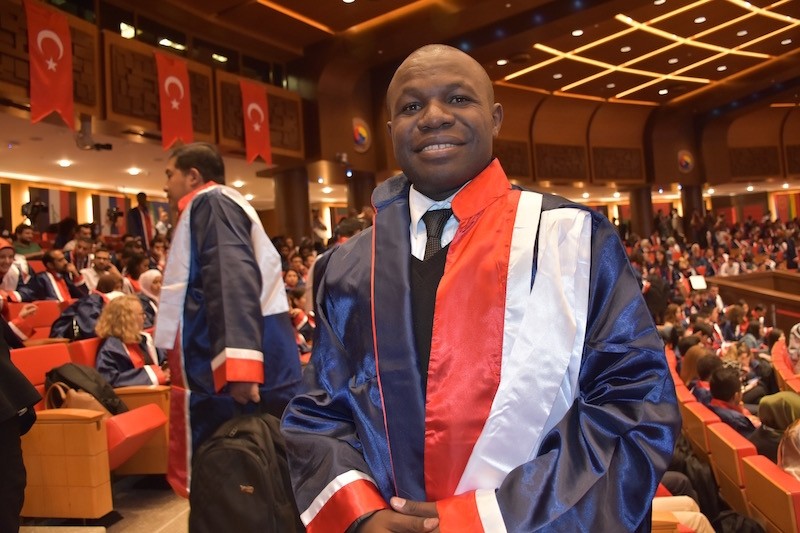 A project organized by the Presidency for Turks Abroad and Related Communities (YTB) is offering scholarships for foreign officials, researchers and academics to learn the Turkish language while gaining firsthand experience in the country.

One aim of the YTB's program, called the Turkish Communication Program for Public Officials and Academics (KATİP), is to create long-lasting bonds between Turkey and the home countries of the officials and academics. The eight-month scholarships also allow the participants to use their positions effectively in matters related to Turkey.

Alongside Turkish language classes at Istanbul University's language center, the participants also engage in academic and cultural classes. The program began in 2015 with 15 participants, while 26 participated in 2016 and 15 this year.

One of this year's participants was Lebanese University History Department faculty member Dr. Sawsan Agha Kassab, who is the head of the newly opened Turkology Department at the university and teaches Ottoman language and history at the institution.

Kassab thanked Turkey for the scholarship opportunity and said, "Turkish is the pearl of languages. It isn't far from the language we speak, because in the Ottoman period our grandfathers spoke Turkish alongside Arabic. For that reason there are many shared words in the languages."

Some students traveled thousands of miles to participate in the program, including Karla Harlet Landa Pensando, an international relations coordinator at Veracruzana University in Mexico.

Saa Ngouana Nganma Victor Romeo, a researcher at Cameroon's Africa International Relations Strategic Research Center, said, "We are working on the cooperation between Turkey and Africa right now. Thanks to this program I can improve my Turkish more and that will add to my studies."