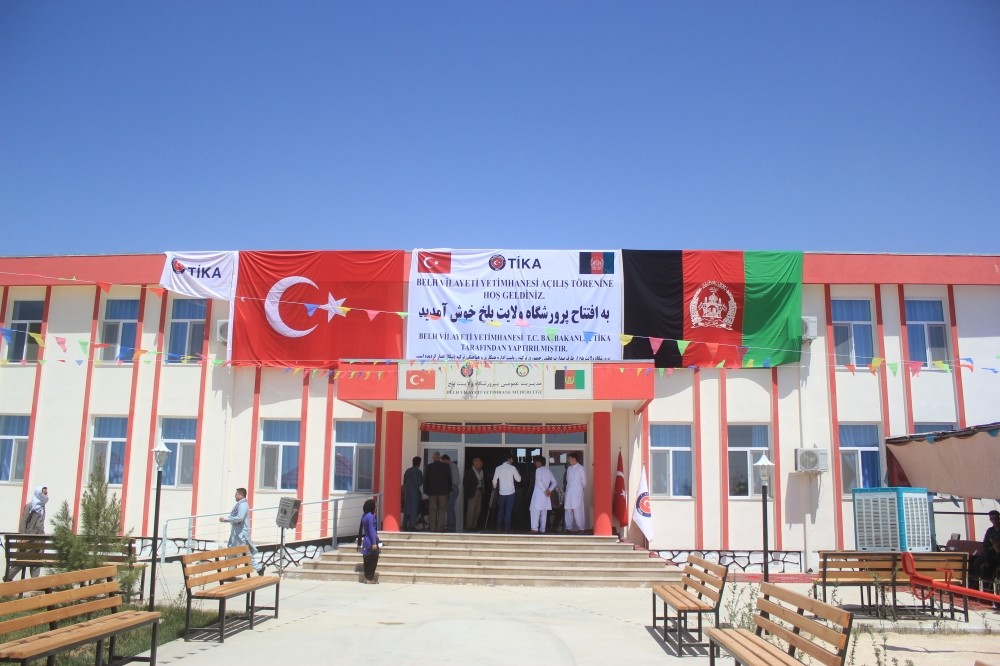 A 190-bed orphanage in northern Afghanistan built by the Turkish Cooperation and Coordination Agency (TİKA) held its opening ceremony on Friday.

The orphanage in Afghanistan's third-largest city, Mazar-e Sharif, close to the border with Uzbekistan, was built by TİKA.

Speaking at the inauguration ceremony, Afghan Labor Minister Faizullah Zaki said: "Turkey displays true brotherhood [as] they are with Afghanistan in good times and bad times."

The Turkish consul-general in Mazar-e Sharif, Mustafa Erdeviren, said: "We would like the orphans here to hold pencils, not weapons."

Atta Mohammad Noor, governor of Balkh province, said the friendship between Turkey and Afghanistan is eternal, conveying his gratitude to TİKA for carrying out projects in the country and for the unforgettable aid supplied to Balkh province.

TİKA Vice President Mehmet Süreyya Er said: "Our relationship is not one-sided. We cannot ignore the help Afghanistan has [given us] us in history. Therefore, TİKA has opened three offices in the country to show our interest." He added that TİKA has so far put almost 1,000 projects into effect and will continue to create new initiatives.

Afghanistan is frequently in need of humanitarian aid as it struggles to endure violence by the resurgent Taliban and a devastated economy, mostly dependent on aid following years of war.