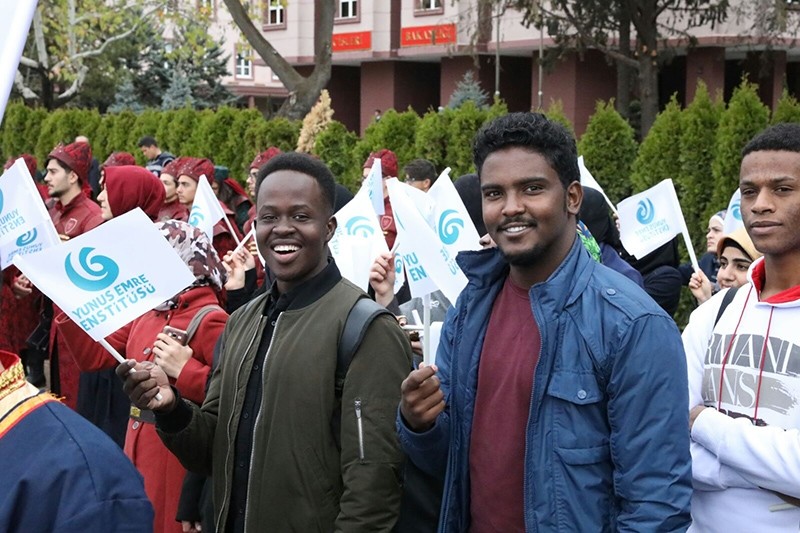 More than 16,000 international students from 150 different countries have been enrolled in Turkey since 2010, according to Deputy Prime Minister Hakan Çavuşoğlu.

Çavuşoğlu revealed the information during his remarks to the parliament's Planning and Budget Commission Wednesday.

He said 107,000 applications from 163 countries had been received so far for Turkey's 2017 scholarship program for international students.

Turkish scholarships give outstanding students from all over the world an opportunity to study in the most prestigious universities of the country, providing them with education of international caliber.

Recalling Turkey's efforts for Syrians since 2011, Çavuşoğlu said that Turkey also provided thousands of Syrians opportunities to study at universities.

"Up till now, Turkey has provided education to more than 7,000 Syrians [at universities]," he said.

According to official statistics, Turkey currently hosts more than 3.2 million Syrians who have fled since the beginning of the civil war.

Ankara calculates that it has spent at least $30 billion on helping refugees in the country.

Çavuşoğlu added that the Turkish Cooperation and Coordination Agency (TIKA) had expanded its charitable activities since 2002.

He added that between the years 1992-2002 the charity group was active in only 28 countries. "The number of countries has increased to 170 now," he added.