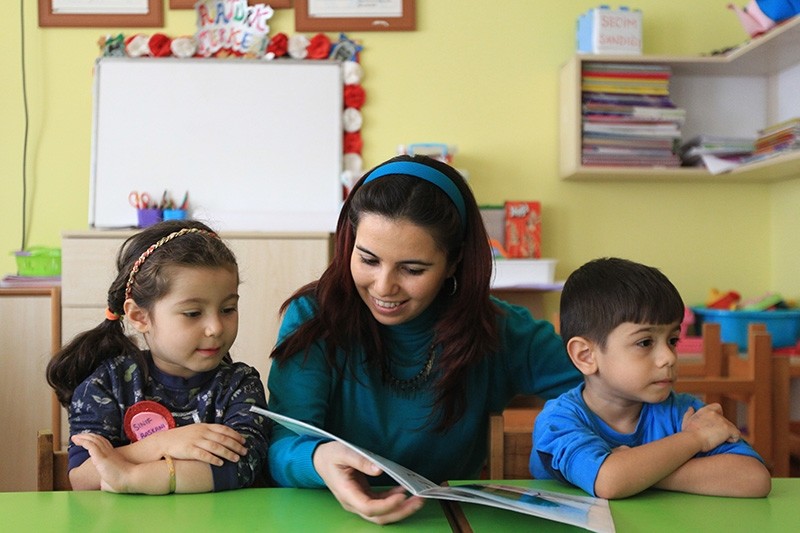 Turkish preschool teacher Nurten Akkuu015f is among the world's top 50 teachers selected as finalists for the Global Teacher Prize. (AA Photo)
by Daily Sabah with AA Dec 14, 2017 12:00 am

Nurten Akkuş, a Turkish preschool teacher, has become one of 50 finalists in the 2018 Global Teacher Prize, often dubbed the Nobel Prize for teaching.

Having launched many projects across Turkey to promote education in small, rural schools as well as improving parent-child relationships, Akkuş was selected as one of the top 50 teachers of the world.

Akkuş, who has worked as principal of the Ayvacik Kindergarten in the northern province of Samsun for several years, said it was an exciting experience to be chosen.

"I've signed many projects on a national basis and received awards. It is a great pleasure for me to carry this on to the international scale and to make the Turkish name and the power of Turkish teaching known on an international platform. I am very proud of it," Akkuş told Anadolu Agency.

Akkuş' "Daddy, tell me a story" project, which has been implemented in 45 different provinces, has provided education for hundreds of fathers on building strong relationships with their children.

Her award-winning "Piggy Bank for Toys" project is also being implemented across 43 provinces to provide children with toys in small village schools.

According to the Global Teacher Prize -- sponsored by the London-based Varkey Foundation, a nonprofit organization focused on improving the standards of education across the world -- the winner will be announced next March in Dubai and will win a $1 million prize.

In 2014, Dilek Livaneli from Turkey's Samsun province was among the 50 in line for the prize.

In 2016, Palestinian teacher Hanan al-Hroub won the $1 million prize for her efforts to promote non-violence.