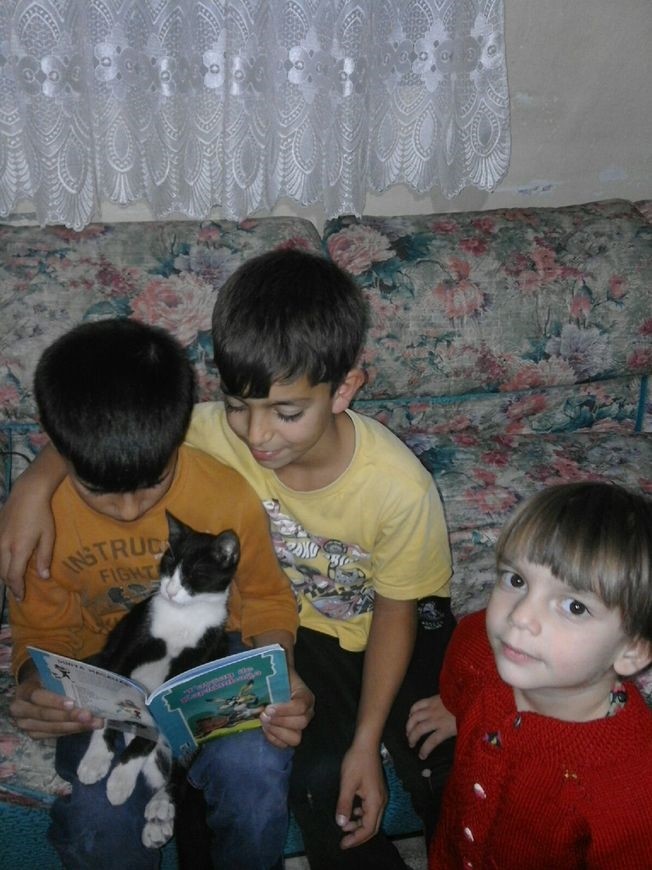 Ahmed Ibrahim, a 9-year-old Syrian living in Turkey, won an international reading award for a photo of him reading with his cat. (Photo from Ibrahim Gu00f6k via Padlet)
by Daily Sabah with AA Dec 22, 2017 12:00 am

Residing in Hatay's Dörtyol district with his family after fleeing the civil war in their country, the second-grader won second place with a photograph his father took which shows him reading a book with his cat on his lap and two other friends listening in.

In an interview with Anadolu Agency, Ibrahim expressed his happiness and said his cat always sat on his lap whenever he reads.

His schoolteacher Ibrahim Gök also welcomed the award and said the school is proud of their student.

Ibrahim was invited to meet the sub-governor of Dörtyol, Murat Bulancak, who presented him with an achievement award.

Bulancak noted the district has invested great efforts in educating the refugee children they host.

"It makes us very happy to see our students achieve such successes. Hopefully, Ahmed will have many more achievements in the future," he said.

Padlet is an online virtual bulletin board, where students and teachers collaborate, reflect, and share links and pictures in a secure location.