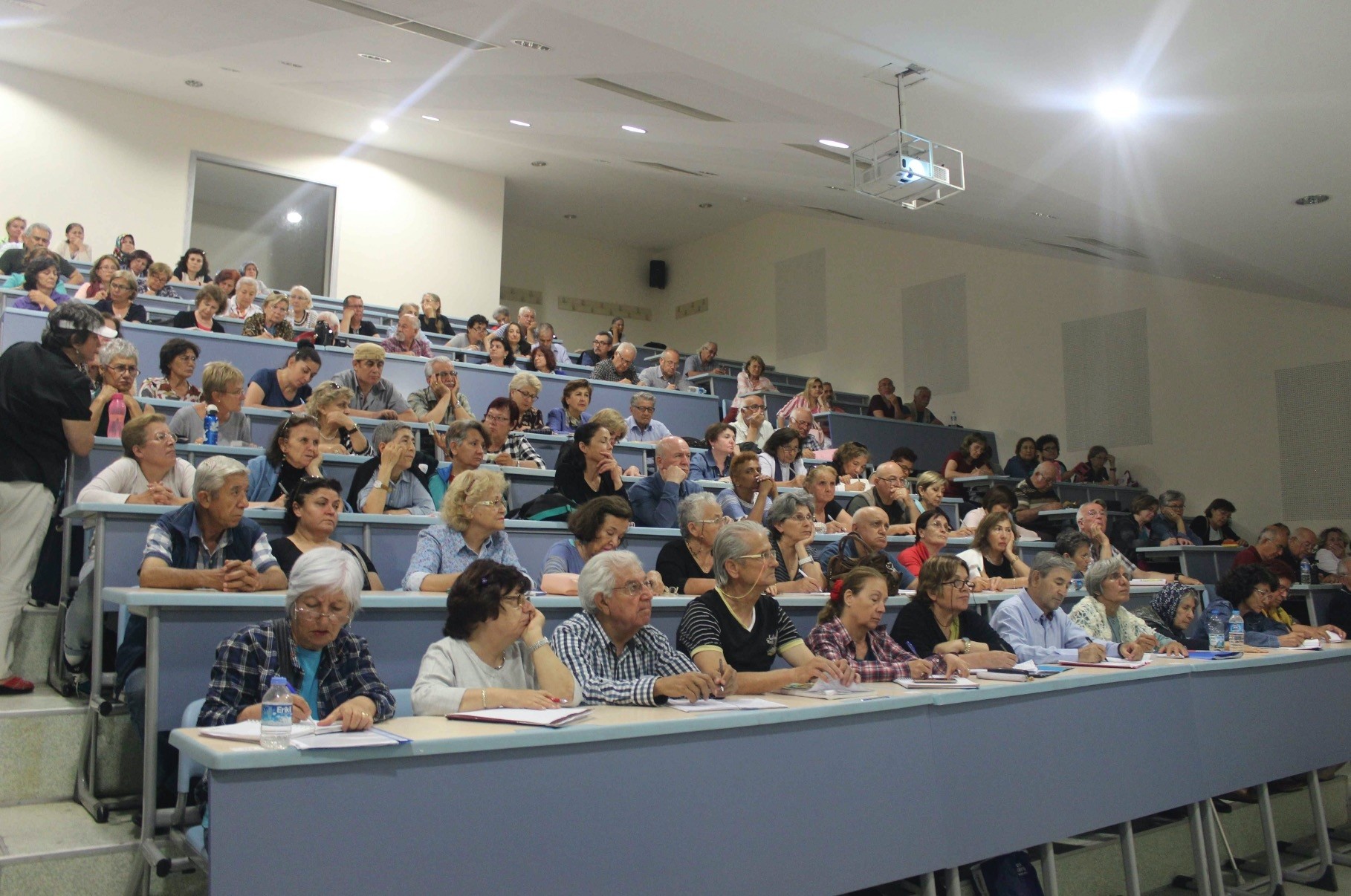 Two elderly men knit sweaters as a part of one of the classes taught at the Senior Citizens Univeristy in Antalya.
by Miraç Tapan Feb 15, 2018 12:00 am

With an ageing population, Turkey is now focusing more on its senior citizens' life after retirement with the Senior Citizens University, founded by the head of Turkey's first gerontology department, Professor İsmail Tufan

Once having Europe's youngest population, Turkey is now growing old. Projections made by the Turkish Statistical Institute (TurkStat) show that the elderly population will increase to 10.2 percent by 2023 and is expected to rise even further in the following decades.

When we are young, advanced ages seem like they are ages away until you discover your first wrinkle. With a population over 80 million, Turkey is now thinking more about the future and focuses on its senior citizens, especially about their care and place in society.

Within this scope, gerontology - although it is a new branch of science and unknown to most - gains crucial importance. Gerontology is the comprehensive study of aging, the problems of the elderly and a multidisciplinary study that incorporates biology, psychology and sociology.

The first Department of Gerontology in Turkey started with a small room with four grey walls. However, from this room, Professor İsmail Tufan, the founder of the department, created a movement that inspired hundreds of senior citizens around Turkey.

Professor Tufan founded Turkey's very first gerontology department within the body of Akdeniz University in Antalya. After struggling with various obstacles (lack of academicians, academic publishes, budget etc.) for three years, Professor Turan who has been focusing on gerontology studies since 1992, managed to gather up a team to start up Turkey's first academic initiative solely focusing on the elderly.

In fact, the science gerontology can be seen all around the world. Each department is shaped by the culture of the country they are founded in. Professor Tufan and his team first started with the motto "lifelong learning" and reached out to elderly citizens though workshops and finally founded GeroAtlas60+ Senior Citizens University in May 2016. At first, the department initiated the Senior Citizens University as a pilot program that continued until November 2016. 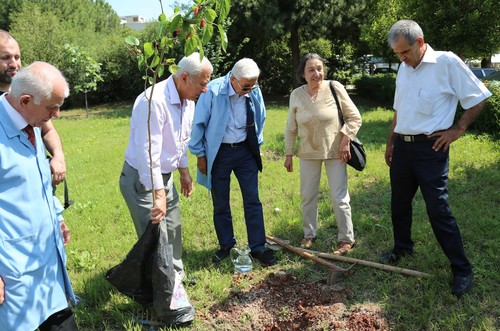 "We thought the program would not attract much attention and expected 100 applicants at most," said Professor Turan and continued: "However, 847 applied to the first program. Suddenly, we realized that this program - Senior Citizens University - is something that this society is in need of. By the time the first program ended, we received more than 1,300 applications. Last year we had around 5,000 students and right now, we have more than 11,000 students waiting to be enrolled to the program."

The university accepts people between ages 60 and above. Currently, the university has 2,572 enrolled students and 866 of these students attend classes regularly.

The Senior Citizens University has a variety of classes shaped according to the demands of the students including anatomy, medicine, psychology, law and physiotherapy and many more. However, students cannot get away with easy classes: To pass, men have to learn how to cook and knit while women have to learn to repair things. There are several courses at the Senior Citizen University including field trips. They acknowledge how to make their time worthy while learning new skills to help them in this period of their lives.

Professor Tufan said the students of the Senior Citizens University love all the classes and show the same attendance to each of the classes.

"All the lessons are the favorites of the senior citizens. I sometimes have chance to observe them during classes. They have a will to learn more than the young students. If you have a chance to see their notebooks, you would be amazed."

What makes the Senior Citizens University unique is that all the instructors who are guiding and teaching the students are volunteers.

"Our instructors are doing it without wanting anything in return. They can spend this time with their families and friends but they choose to spend with the elderly. In the end, they are making history and break new grounds through this university," said Professor Tufan.

The science of gerontology is gathering pace in Turkey. Currently three universities have gerontology departments and the interest in this science grows with the accomplishments of the Senior Citizens University. The Senior Citizens University also has campuses in Alanya, Nişantaşı, Muğla Sıtkı Koçman and Ege universities besides the groundbreaking campus at Akdeniz University. Moreover, Adnan Menderes University is currently working on opening another campus in the future.