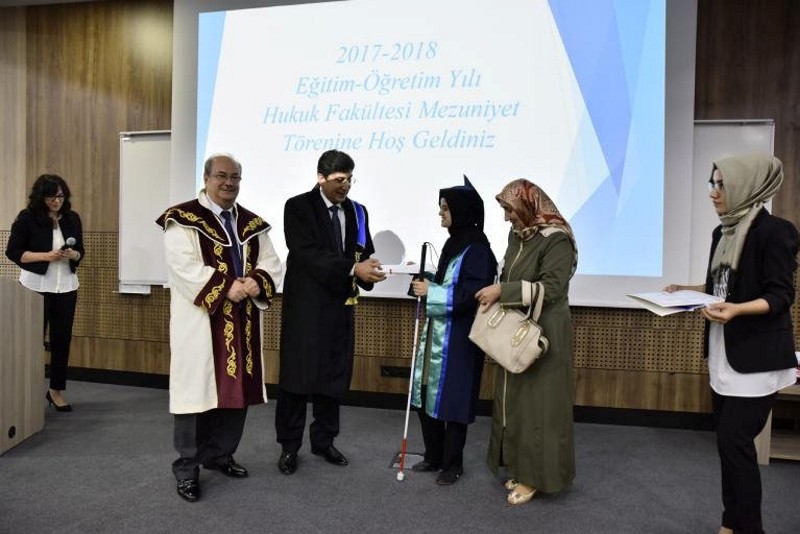 A Turkish woman, who read lecture notes and law books to her blind daughter for four years in order to help her study and finish her degree was awarded with an honorary degree from Sakarya University during her daughter's graduation ceremony.

Living in Kocaeli, Havva Kul accompanied her daughter, Berru Merve Kul to university every day, and after four years of determined effort Berru graduated from the Department of Law with honors.

A video, which was taken during the graduation ceremony, showed students and professors applauding the mother and daughter as they walked onto the podium in order to accept their graduation certificate and honorary certificate. The footage immediately went viral on social media.

"We wanted to thank the mother and the daughter who have shown a great deal of effort," said the Dean of Faculty of Law at Sakarya University, Professor Mahmut Bilen.

According to Bilen, what Berru achieved — graduating with honors from a faculty with heavy curriculum despite her condition — required great sacrifice and that they felt the student's achievement should also be shared with her mother.