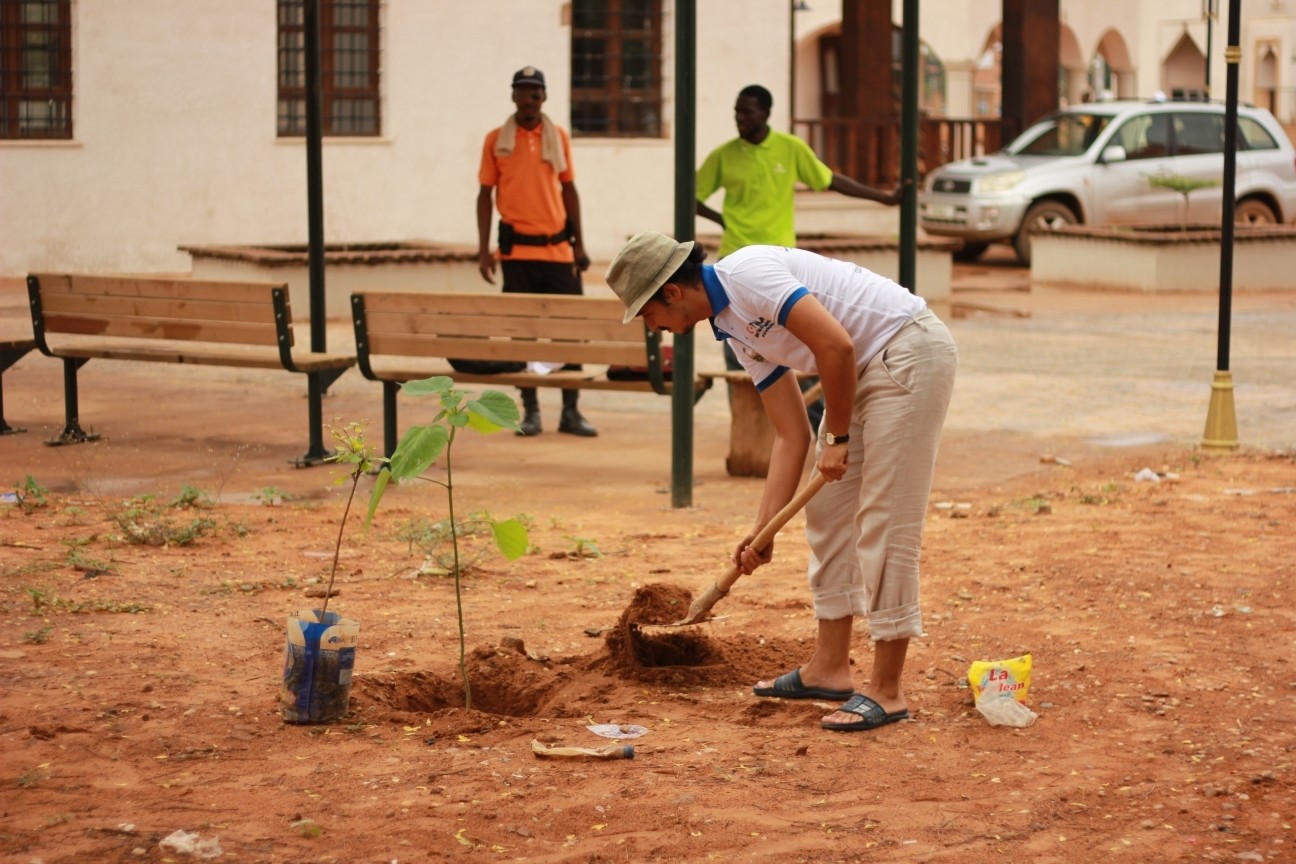 A program by Turkey's state-run development agency TİKA flies students from Turkish universities to 30 countries where they work on humanitarian projects that focus on a variety of activities, including planting trees and repairing buildings

The "Experience Sharing" program of the Turkish Cooperation and Coordination Agency (TİKA) kicked off in late July and took hundreds of Turkish university students to some 30 countries where they will work as volunteers in humanitarian projects. The students were flown to countries where TİKA, the leading state-run development agency of Turkey, oversees projects and started working. True to the program's title, the students also have the chance to learn about the culture and daily life of the host countries.

In Niger, a team of volunteers planted trees in Niamey, the West African country's capital. The trees were located in the Turkey-Niger Friendship Park built by TİKA. Selim Aracı, one of the volunteers, said the event on Aug. 3 was "a colorful occasion" for them. "We planted 250 different saplings and were happy and proud. The park became a more beautiful place, and there will now be a second water tank installed in the park for irrigation of the new trees," he told Anadolu Agency (AA). Niger has been hit by intense drought and climate change that has further degraded arable lands in the country battling desertification. Since 1975, the country has marked its Independence Day on Aug. 3, also known as Arbor Day. 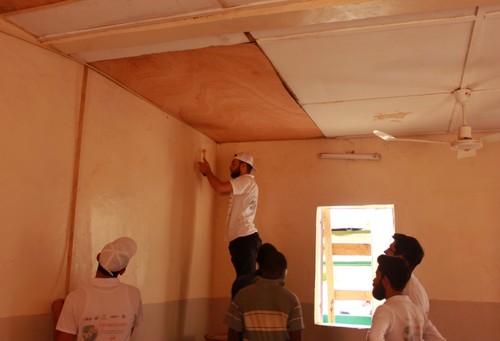 Elsewhere in Niger, volunteers helped restore the small Koira Kano mosque in Niamey. Mahmut Sekman, a law school junior from Turkey's Selçuk University, says he felt "lucky" to be able to help people through the program. "We repaired the roof of the mosque and cleaned the place so people can perform their prayers in a more comfortable mosque," Sekman said. He heaped praise on locals who were "very sincere and hospitable" and says he would encourage his friends to take part in the program once he returned to Turkey.

Further east in Africa, TİKA's volunteers joined aid distribution in Djibouti. Volunteers delivered hygiene and first aid kits in villages without a clinic or any other health facility, to help African nation's fight against epidemic diseases and trained locals about use of kits.

The brainchild of Bilal Erdoğan, son of President Recep Tayyip Erdoğan and the executive of several nonprofit organizations, the project is sponsored by Turkish Airlines (THY), Anadolu Agency and public broadcaster TRT.

The volunteers will work on projects that vary from the restoration and maintenance of schools, libraries, places of worship and orphanages to furnishing those places, and from social and cultural events to the distribution of humanitarian aid.

TİKA leads Turkey's global outreach in humanitarian aid. TİKA oversees projects spanning from the Middle East to Latin America that include the construction of much-needed facilities like hospitals and offers services, including vocational training for disadvantaged communities, as well as other development aid.