Number of students in Turkey surpasses population of 143 countries 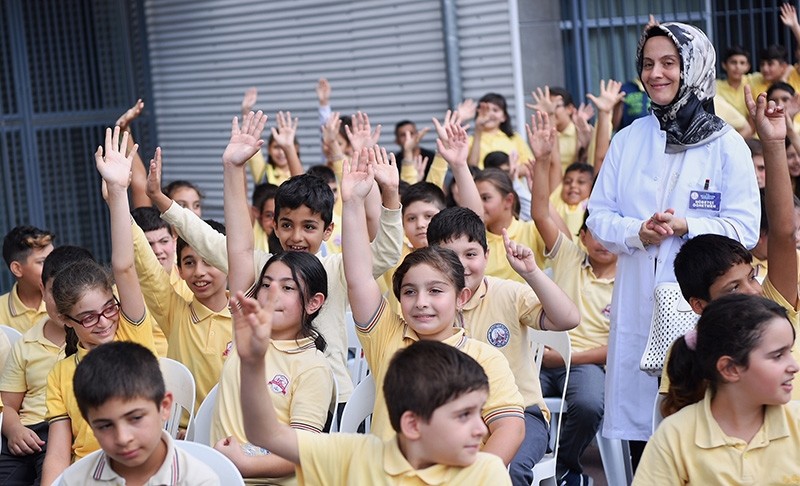 The number of students enrolled in public and private schools in Turkey has surpassed the population of 143 countries this year with 25.5 million students back in class.

As the first day of the 2017-2018 schoolyear kicked off Monday, figures obtained by Anadolu Agency show that the number of students enrolled in primary school, secondary school and university exceeds the entire population of dozens of countries.

Only eight European countries have populations larger than Turkey's student force, the largest two being Russia and Germany. The populations of Australia, Taiwan, Sri Lanka and Chile all fall below the number of students in Turkey. 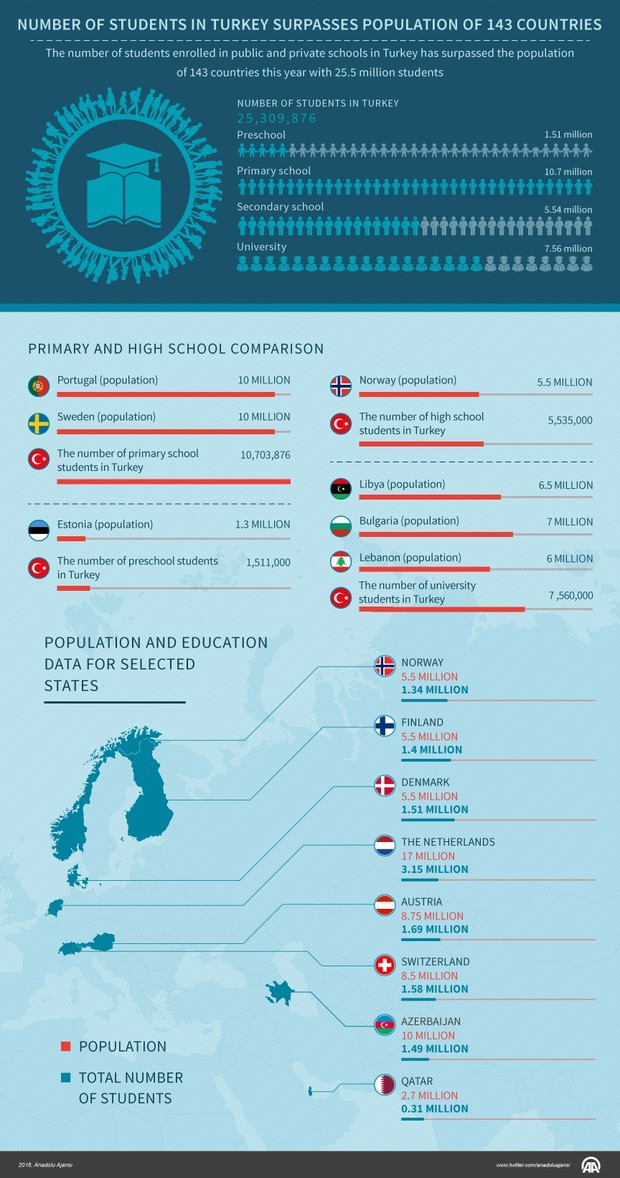 The number of students attending primary school alone surpasses the 10 million-strong populations of Portugal and Sweden.

The 7.6 million students in Turkey's universities exceed the population of Bulgaria.

A new semester opened Monday, as the government rolls out a new 100-day action plan for education reform, aiming to cut long school hours for millions of students and introduce new steps for assessing students' success based on their skills and interests rather than grades.