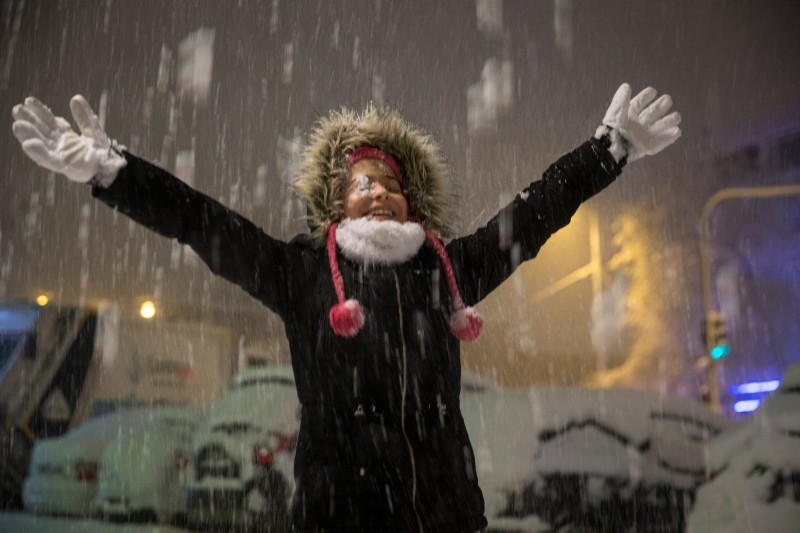 Heavy snowfall prompted governorates in 26 provinces of Turkey to close schools on Wednesday, giving pupils at least one day-off to enjoy their long-awaited snow break.

In recent years, students often take to social media to ask governors and district governors to declare snow breaks, leading to humorous conversations, and this break was no exception.

Drivers, especially those make a living on the roads, were not as enthusiastic as students about the snowfall. Some of the country'ss busiest roads including Izmir - Ankara, Samsun - Ankara, Afyonkarahisar - Antalya, Denizli - Antalya and Düzce - Zonguldak highways were partially shut down until the General Directorate of Highways (KGM) crews re-opened the roads.

Traffic police blocked highways in some areas and did not allow vehicles without snow tires and chains to proceed further.

The State Airport Authority (DHMI) issued a statement, urging passengers to contact with their airliners for possible delays or cancellations before their upcoming flights.

In eastern Turkey, where heavy snowfall is a staple for the winter, crews struggled to open village roads. In Van and Bitlis provinces, roads leading to 337 villages were closed to traffic. Crews of Van Metropolitan Municipality managed to re-open the roads of 200 villages on Wednesday.