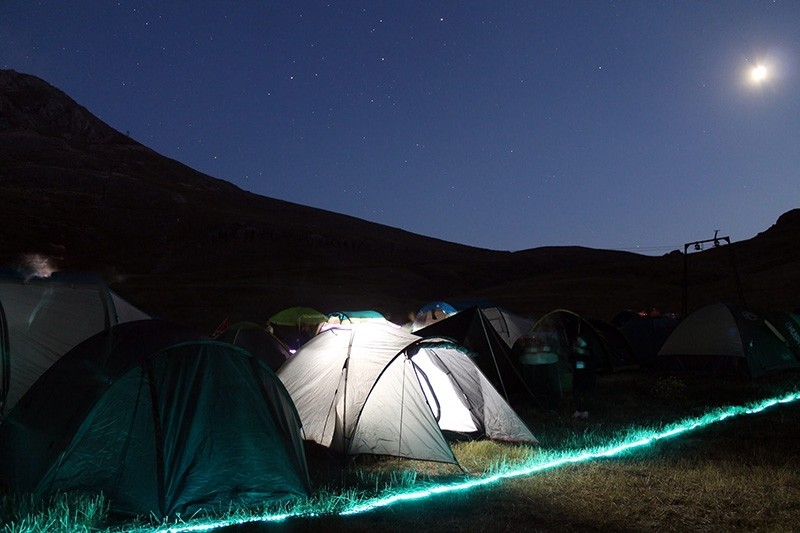 Applications for Turkey's 22nd National Sky Observing Festival, organized by the Scientific and Technological Research Council of Turkey (TÜBITAK), will begin on Jan. 14, the council announced Wednesday on its website.

The festival – Turkey's most comprehensive event in the astronomy field, including all space enthusiasts regardless of age – will be held Aug. 1-4 in southern Antalya province's Saklıkent district near the TÜBITAK National Observatory campus.

The application period will be open until March 1, and participants will be determined by drawing lots during the first week of March.

The quota for the event has been raised to 1,000 from 350 participants in the previous year, Turkey's Industry and Technology Minister Mustafa Varank announced on his Twitter account.

"We expect all sky enthusiast children and youngsters (at the festival) with their families," Varank wrote.

Participants will stay in their tents in Saklıkent during the three-day long event, which aims to facilitate gatherings between participants and professional and amateur astronomers.

Astronomy seminars, telescope viewing opportunities, workshops, company exhibitions and various competitions will also be held during the festival along with a visit to the TÜBITAK National Observatory.

This year's festival will be held in memory of professor Berahitdin Albayrak, TÜBİTAK Scientific Young Journal Publication Advisory Board member and former member of the Academic Board of TÜBITAK National Observatory, who was killed in a train accident in Ankara in December.