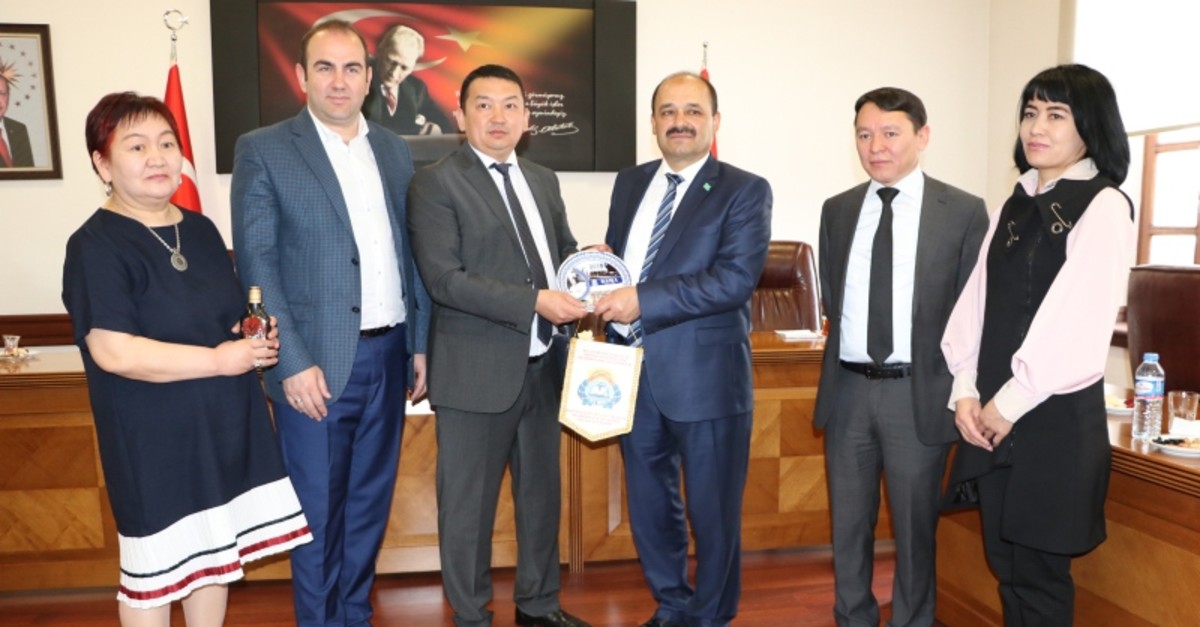 A group of young Kyrgyz health care workers and medical students have arrived in Turkey's Black Sea province of Kastamonu to receive medical training from Turkish doctors within the scope of a protocol signed between medical institutions in the two countries.

The medical faculty of Kastamonu University, Kastamonu Anatolian Hospital and Kyrgyzstan Economic and Social Development Foundation signed the protocol, which has already provided training for the first delegation from Kyrgyzstan.

Kastamonu University rector Dr. Seyit Aydın said that the second delegation consisting of 11 health care workers and medical students, including a child cardiologist, two gynecologists and a pharmacist, will receive two weeks of training in both theory and practice.

Turkey's growing health care sector has organized educational training for medical professions from other countries in the region.

A group of Turkish doctors has been giving emergency service training to doctors and medical students in Uzbekistan within the scope of a recent project that began on Saturday and will run through Sunday, organized by March 14 Medical Students' Association with the support of the Presidency for Turks Abroad and Related Communities (YTB) and the Health Sciences University.

In May 2018, 100 health workers were given emergency services training in Khoja Ahmet Yesevi Turk-Kazakh University in Kazakhstan's Turkestan province in a similar project carried out by the March 14 Medical Students' Association.