Turkish students build school desks for their peers in Syria 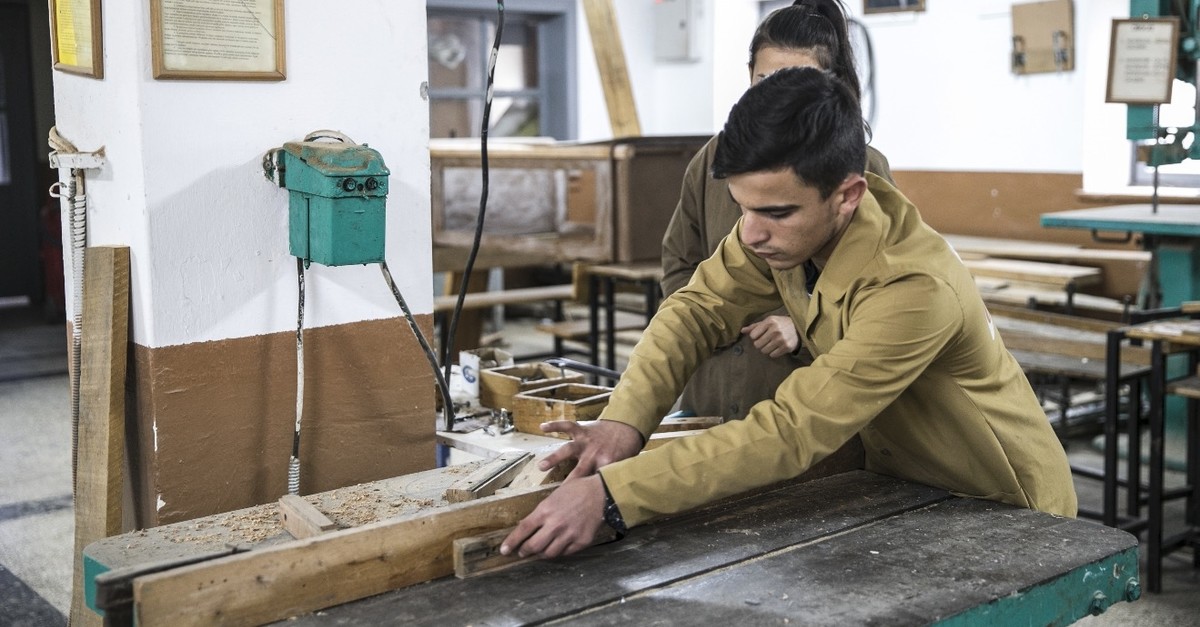 A vocational high school in southern Turkey, on the border with Syria, is among major suppliers of educational needs for students in Afrin, Syria. Students studying furniture making in school are working to supply 150 schools in this Syrian town liberated from the rule of a terrorist group by the Turkish-backed Free Syrian Army (FSA) last year.

Teachers at Erol Bilecik Vocational High School in Hatay province, both teach furniture making to students and guide them on how to make desks for the project, which started one month ago. Some 78 students are currently building 1,000 desks for schools in the Syrian town.

Rıza Gülnaz, one of the teachers at the school, told Anadolu Agency (AA) that they were already working to supply desks for schools around Turkey and joined the project to produce desks for Afrin where schools are in dire need of refurbishment. He said students worked hard and managed to build 500 desks in about one month.

Ruhnaz Sertbaş, one of the students at the school, said that they were happy to help students affected by the conflict in Syria.

Turkey launched Operation Olive Branch on January 20, 2018, to remove the PKK-affiliated People's Protection Units (YPG) from Afrin. The Turkish military and the FSA entered Afrin town center and liberated it from terrorists on March 18. Since the operations, Turkey has also been involved in efforts to rebuild the town's infrastructure, as well as health and education institutions. Many Turkish humanitarian agencies, including the Turkish Red Crescent, have been distributing food daily in the district center and villages to meet the needs of local residents.