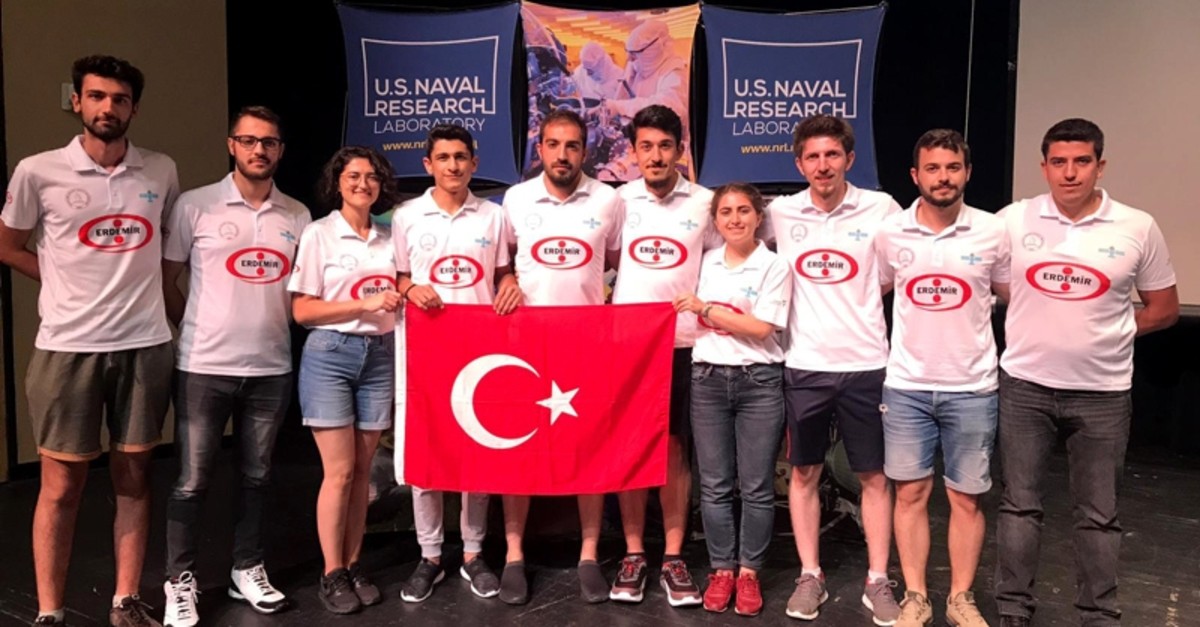 Turkish universities dominated in world's most prestigious model satellite competition organized by the American Astronautical Society (AAS) with the collaboration of the National Aeronautics and Space Administration (NASA).

A total of 40 schools, including universities of California, Arizona and Manchester, competed in the event.

Aykut Üçtepe, research and development head of ITÜ's champion APIS team, told Anadolu Agency that Turkish university attached great importance to the international competitions and he was proud to represent the country.

"It was high time that we came in first," Üçtepe said, adding his team previously joined the competition for four times and performed well.

"In comparison with the previous years, we set out with a more determined crew," he said.

Üçtepe underlined that the team faced a number of crises before arriving at the competition, as they had lost a satellite before the launch of the competition and they had to create another one all over again.

Emphasizing that the team was in charge of the whole process, including the software and design, he said: "We plan to be part of projects that are bigger and will contribute more added-value to our country. We did our best and will continue to do so."

Muzaffer Duysal, team captain of ZBEÜ's Grizu-263 Space team, said they worked intensely throughout the year and ranked second in the competition, surpassing many top universities across the globe.

"We aimed to be world champions this year, ITÜ ranked first with a margin of 0.077 points. We are happy on behalf of our country as we lost against a Turkish team with such a small margin," he added.

Duysal said a total of 84 international universities had applied to the competition, however, only 40 of them were permitted to compete.

"Many prominent universities were eliminated in the pre-selection phase. Turkish universities have achieved great success and [their success] gained momentum. We are really happy and proud of that," he added.

In addition, other Turkish universities have performed well in the prestigious competition, Çankaya University and the Istanbul Gedik University gained a place in the top ten, coming in fifth and seventh respectively.