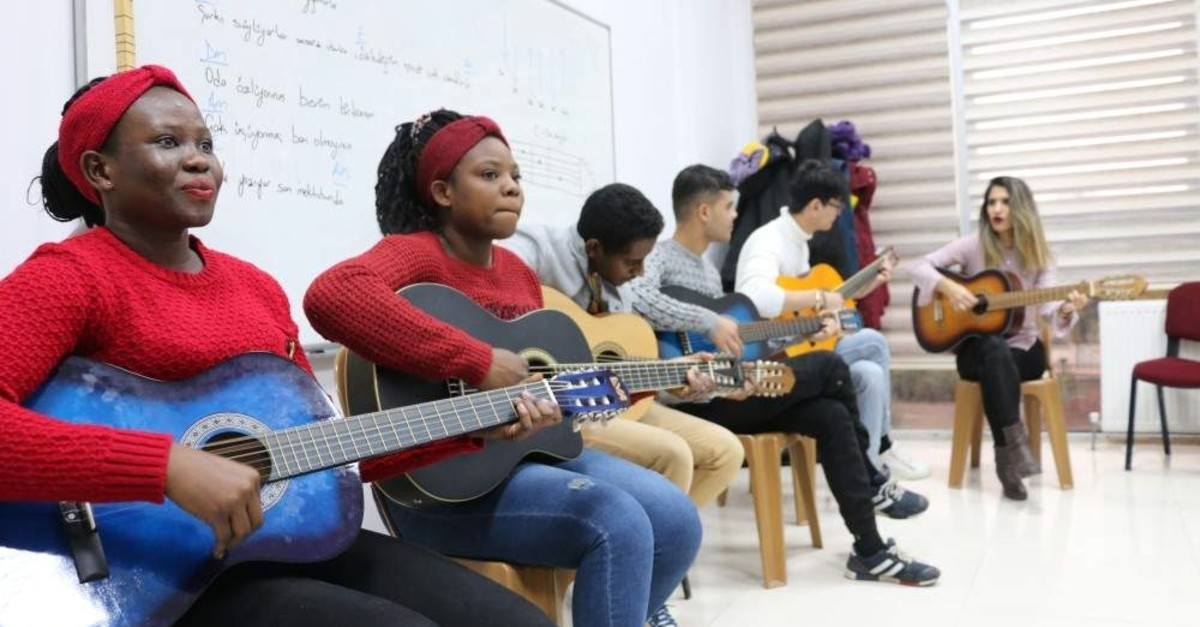 Turkey has become a center of attraction for foreign students thanks to its scholarships and exchange programs. In the past five years, the number of foreign students at Turkish universities jumped from 48,000 to 178,000

Turkey broke its own record in the number of foreign students in the past five years, bringing the number of students attending Turkish universities from 48,000 to 178,000 and becoming one of the largest foreign student hubs in the world. Scholarships and exchange programs offered by state-run agencies and foundations like Turks Abroad and Related Communities (YTB), the Board of Higher Education (YÖK) and Turkish Diyanet Foundation (TDV) provide incentives for foreign students. Students have access to about 60,000 education programs in 207 universities throughout the country.

The country aims to increase the number of foreign students to 250,000 within the next three years.

Efforts to draw foreign students to the country were launched in the 1960s with bilateral agreements with various countries, but concrete policies were first shaped in the 1990s. In 1992, Turkey inaugurated the "Great Student Project," implementing a series of policies for grants for students. These policies gained more momentum in the early 2000s, but the biggest step was in 2012, with the launch of Turkey Scholarships by YTB that effectively merged scholarships by various state institutions into a single scholarship mechanism. Turkey Scholarships received 42,000 applications in its inaugural year and 146,600 students applied last year. Along with financial support, Turkish Scholarships allow students to apply for any program of their choice at Turkish universities. It also supports the work of academics and researchers in other countries by offering Turkish language education and different research modules for them.

The application for this year's scholarship program begins Friday and will end on Feb. 20. To apply for free for bachelor's degree programs, applicants must have a minimum GPA of 70 out of 100. If accepted, students are interviewed, and once their scholarship is granted, they are given admission visas to Turkey. Scholarships cover at least a TL 700 monthly allowance, coverage of tuition fees, one-year Turkish language study, accommodation, health insurance and flight tickets.

Turkey also pursues an enduring relationship with foreign students graduated from Turkish universities and views them as unofficial envoys of Turkey in their own countries. A Turkey Graduates Network set up for this purpose includes 29 alumni associations in 28 countries.

Applicants can find out more about Turkish Scholarships online at turkiyeburslari.gov.tr

YÖK, which oversees universities in Turkey, offers comprehensive information for foreign students seeking to study in the country on its "Study in Turkey" website. For its part, the education body offers a series of grants to foreign students such as the Mevlana Exchange Program which has reached out to nearly 6,000 students since its inception in 2013. Another scholarship program by YÖK covers students from Albania, Bangladesh, Ethiopia, Gambia, Philippines, Palestine, Kosovo, North Macedonia, Pakistan, Rwanda, Sudan, Uganda and Ukraine. A project-based exchange program by YÖK launched in 2016 endorses international joint projects. So far, 114 projects from 37 countries received financial support. A conditional scholarship program by YÖK requires students to return and work in their countries at least twice the time they spent on education in Turkey. Abroad, YÖK gives scholarships to students at universities in their own countries for Turkology studies.

TDV, which is affiliated with the Presidency of Religious Affairs (DİB), awards scholarships for Islamic theology studies in Turkey.