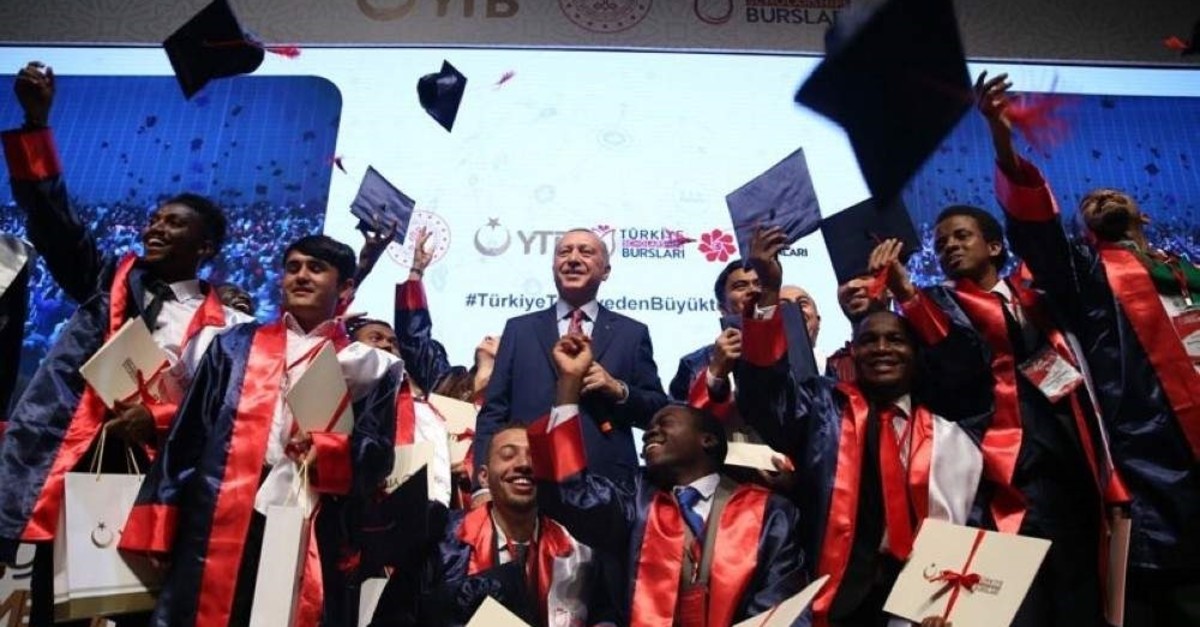 The scholarships for undergraduate, graduate research and language education offer opportunities in the most prestigious Turkish universities and include accommodation, stipends, health insurance, airfare to Turkey to study and airfare to return home upon graduation.

The applications will be accepted online until Feb. 20, followed by interview sessions to be held in nearly 100 locations worldwide or through video conferences. Students who manage to pass the language exam and receive a certain grade point average can enroll in the universities of their choice.

Upon graduation, students can maintain their connection with Turkey and serve as voluntary envoys to promote relations between Turkey and their home country.

For sustaining these ties, the Turkey Alumni Network has been established with a member body of more than 150,000 graduates from more than 160 countries.

The program was launched in 2012, and the YTB received 146,600 applications, a record number, from 167 countries last year, which enabled Turkey to become an education hub for international students.

Turkey broke its own record in foreign students in the past five years, raising the number of students attending Turkish universities from 48,000 to 178,000, becoming one of the largest foreign student hubs in the world. Scholarships and exchange programs offered by state-run agencies and foundations like the YTB, the Board of Higher Education (YÖK) and the Turkish Diyanet Foundation (TDV) provide incentives for more students. Students have access to about 60,000 education programs in 207 universities throughout the country.

The country aims to increase the number of foreign students to 250,000 within the next three years.
RELATED TOPICS