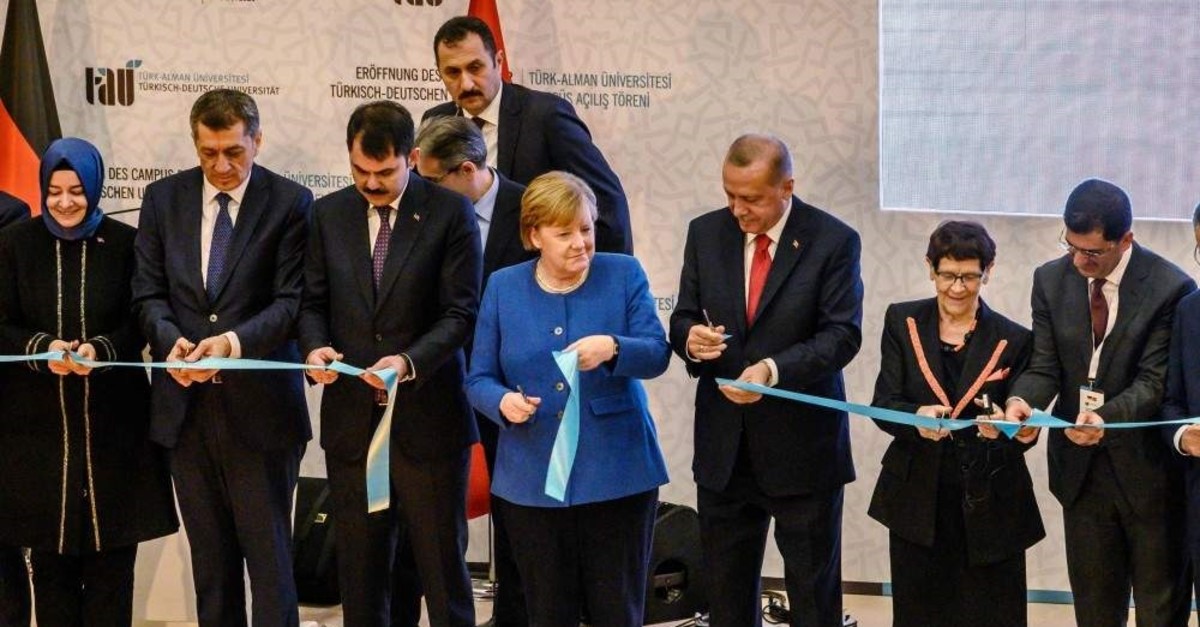 "I wish you lifelong success," Erdoğan told Merkel as they cut a blue ribbon to open the new campus.

Both noted that the university was a good example of the cooperation between their countries.

He added that efforts were ongoing to establish a Turkish-Japanese university of science and technology, as well as a Turkish-Italian university with the Turkish-German University serving as a blueprint for success in education cooperation.

Meanwhile, Merkel praised Turkish efforts for the development of the Turkish-German University.

"The Turkish-German University is an exceptional example of cooperation, a symbol of the partnership between two countries," she said.

Lauding Turkey for hosting millions of Syrian refugees, Merkel said that education is "valuable" not only for the integration of refugees in their host countries but also as a prerequisite for rebuilding their home countries upon return.

Ankara and Berlin signed an agreement in 2008 to establish the university.