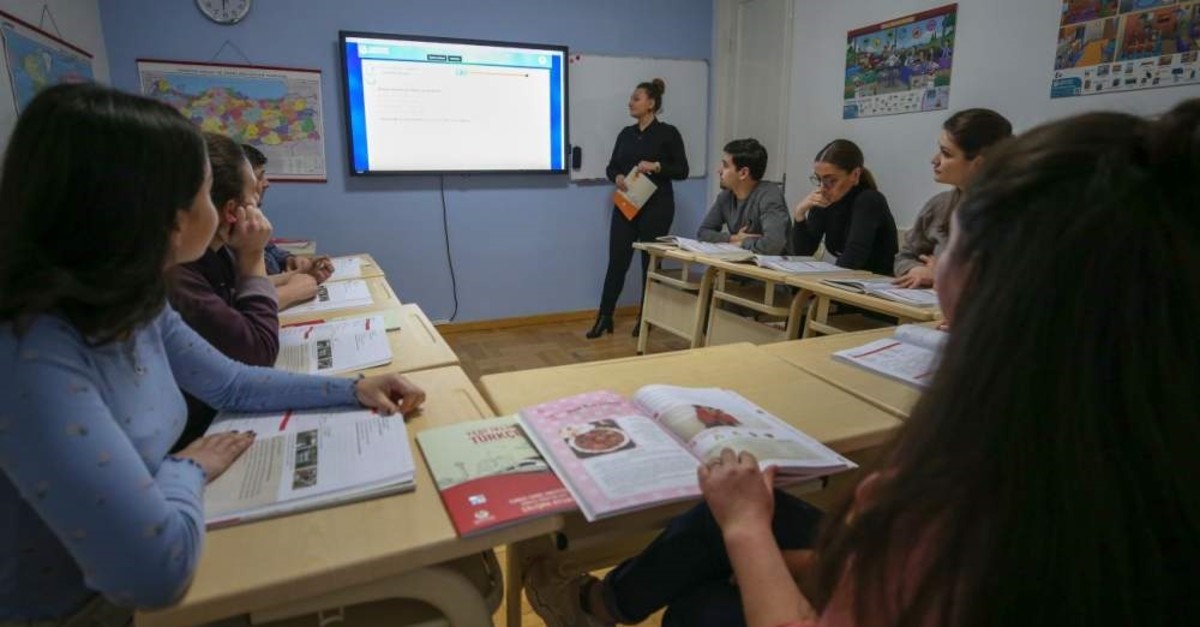 According to the organization, more than 3,000 students applied to the Turkish courses offered in the capital Tbilisi, which already hosts 270 students.

A professor at a local university, Marika Jikia, told reporters that the courses offered by the institute led to a surge of new students in the Turkology department at the university due to increased awareness.

"I have been conducting studies on modern Turkish language. Every year we have around 20 graduates. We used to send them to Turkey around their third year to have them learn Turkish. The importance of the classes offered by the institute is undebatable," she said.

Offering year-round courses, the institute also acts as a ground to improve ties between both nations.

Starting 10 years ago as a small state-run agency to promote Turkish language and culture, the institute became a globe-spanning entity introducing thousands to everything related to Turkey. With 157 offices on five continents, the institute has helped teach Turkish to 144,000 people so far.

The institute was part of Turkey's efforts to strengthen its "soft power" or, as its leaders call it, reaching out to countries with historical and cultural ties and uniting with other countries through cultural bonds while making Turkey more visible in the international community.

Through a revived developmental aid agency and a foundation to set up international schools around the world, Turkey has been influential in the international scene by reaching out to disadvantaged communities as well as renewing ties with countries with whom it has maintained relations for centuries.

Named after the 13th-century poet Yunus Emre, an influential figure that spread a purer version of early Turkish, the institute also adopted his embracing philosophy of "Let's know each other," a verse from one of his well-known poems. Since its establishment in 2009, the institute has strived to make Turkish culture and language better known in many parts of the world amid growing interest in Turkey throughout the last decade.