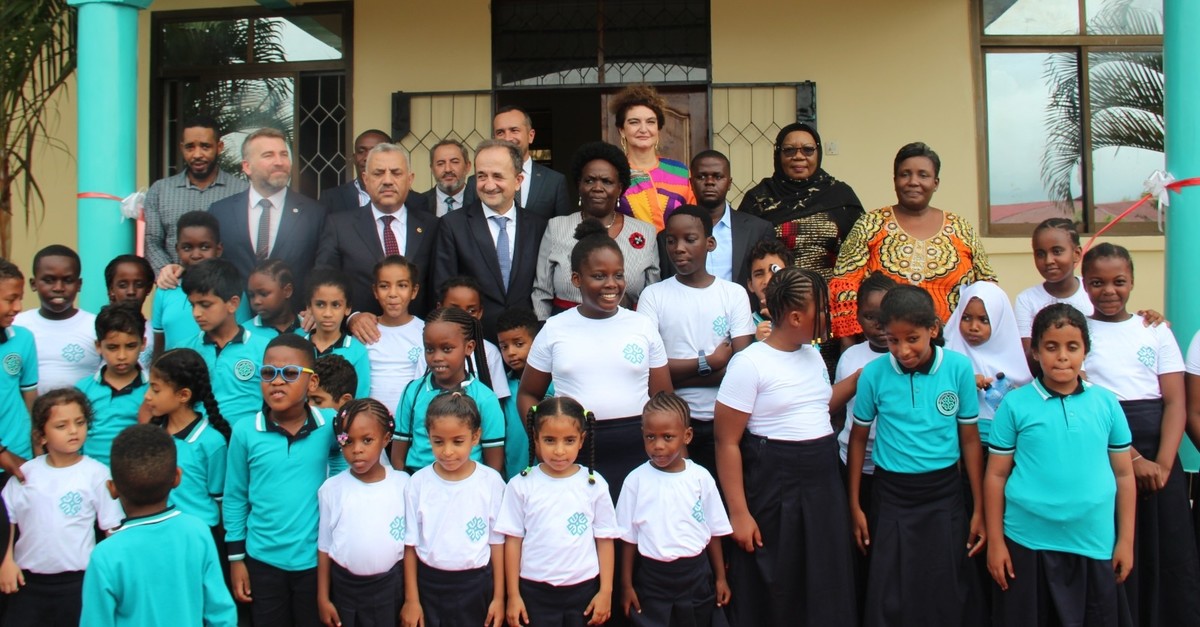 Opening ceremony of Maarif school in Dar es Salaam, which was attended by Turkish and Tanzanian officials.
by Mustafa Kırıkçıoğlu Feb 19, 2020 4:22 pm

Labeled as Turkey's door to the world, the Maarif Foundation made a significant leap worldwide in only three years, reaching 323 schools in 43 countries

The officials put in a great deal of effort to complete preparations for the opening ceremony of the new school. Despite muggy weather in Tanzania's largest city, Dar es Salaam, a large audience, mostly consisting of students and parents as well as local and international media, were present at the event. Most families wore warm smiles while waiting for officials to take the stage for a speech. The families are elated to have one more school offering high-quality education, something scarce in the country. The center is the 12th school in Tanzania of the Turkish Maarif Foundation, which has gained a reputation around the world since its establishment in 2016. Africa, without doubt, has a special place in the foundation's strategy.

"What we are doing here is not only offering high-quality education with a transparent and accountable system but also establishing bridges between the hearts of Turkish and Tanzanian people," Cihad Demirli, a member of the Maarif Foundation's Board of Trustees, told Daily Sabah before the opening ceremony. 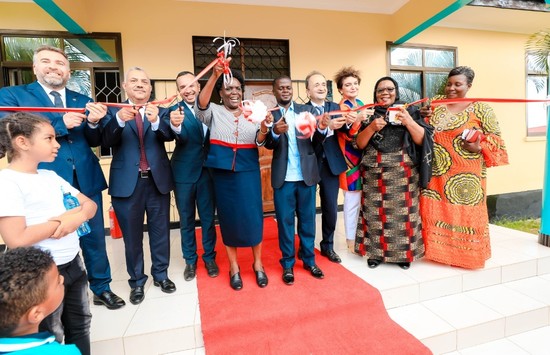 Opening ceremony of Maarif school in Dar es Salaam, which was attended by Turkish and Tanzanian officials.

"President Recep Tayyip Erdoğan asked us to establish a presence in all 193 member countries of the United Nations. This is an uphill task but we are working hard to achieve it," Demirli said. 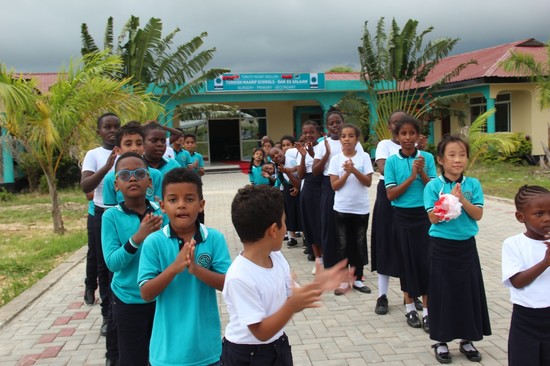 The students of Maarif schools in Dar es Salaam province.

The foundation's education strategy predicates on local curriculums, aiming to teach indigenous values along with other lessons. Maarif has a director in every country, people selected carefully for their immense knowledge about related countries who work in coordination with the board of trustees.

Oğuz Hamza Yılmaz is one such director who has been working at a Maarif school in Tanzania for the last two years. He is not only fluent in English but also in Swahili, a language that is spoken by nearly 100 million people in East Africa, including in Tanzania. During the opening ceremony, he was singing the East African country's national anthem along with Tanzanian officials.

"Our students in Zanzibar learned the Turkish National Anthem in just one hour. One night, I recalled this and couldn't sleep because I was feeling disturbed. Then I got out of the bed and memorized the Tanzanian National Anthem," he told Daily Sabah.

Yılmaz thinks that offering decent solutions to people in education creates solid bonds between them and the locals.

"They are aware of world trends in this field and want to provide a high-quality education to their children. We are here to cater to this need. My child is the first child who enrolled in the school," he added.

Maarif currently has 144 schools and 17 dormitories in Africa. With two new schools in Tanzania, the number of students in the country has reached 1,941 in 12 education institutions.

Tanzanian officials are affirmative regarding Maarif's extensive presence in the country and are interested in seeing the school network expand to the country's capital, Dodoma. 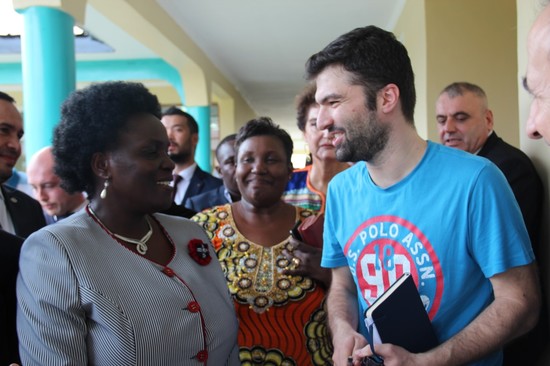 "Our doors are always open to you," Ndalichako said, after taking a stroll inside the newly inaugurated school in Dar es Salaam. 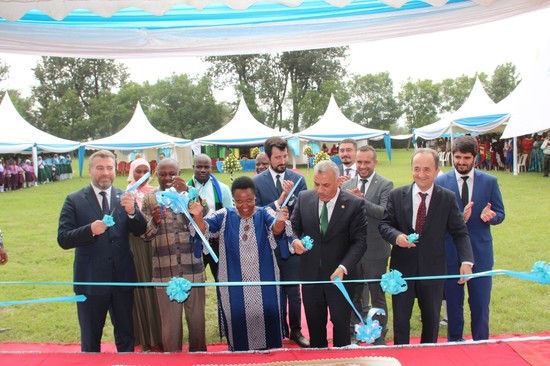 Opening ceremony of Maarif school in Arusha, which was attended by Turkish and Tanzanian officials.

Another opening ceremony took place in Tanzania's northern province of Arusha. After long negotiations with SOS Children Villages International, a worldwide charity organization aiming to improve children's conditions, Maarif inked a deal in December 2019 to take over the charity's schools in the province. After two months of intense efforts, the school was ready for a new education term.

Mary Nagu, a former minister and board chairwoman of SOS, told the Daily Sabah that the charity organization preferred to hand over its schools to Maarif because "Maarif is a non-profit organization that prioritizes high-quality education." 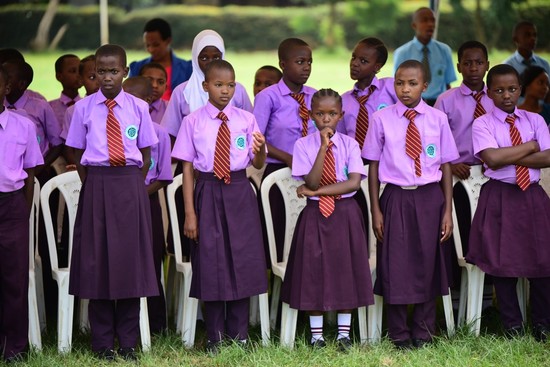 The students of Maarif schools in Arusha province.

"All other aspirants were institutions that were looking for profit. But this is not a business, as we just want the best education for children of this country," she noted.

While the school has currently around 300 students, Maarif aims to increase this number. They are also planning to improve all facilities and build a new dormitory for the pupils..