FM Davutoğlu refutes claims over detention of his officers 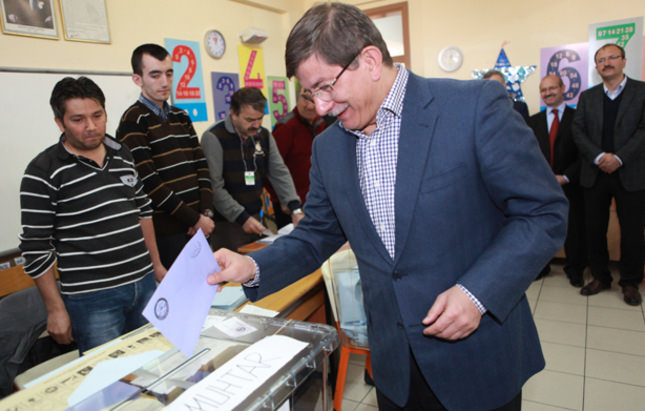 by AA Mar 30, 2014 12:00 am
KONYA — Turkey's Foreign Minister Ahmet Davutoğlu has refuted claims saying that his protection officers were detained over the leaked recording of a high-level security meeting as he voted in the central province of Konya on Sunday.

Davutoğlu added that "no one except the ministry spokesperson is authorized to issue a statement or speculate on the matter."

However, he did ask the public not to put their trust in the allegations, which he said aim to manipulate and protect sources, until an official press release. A conversation at a high level security meeting between the foreign minister, Turkey