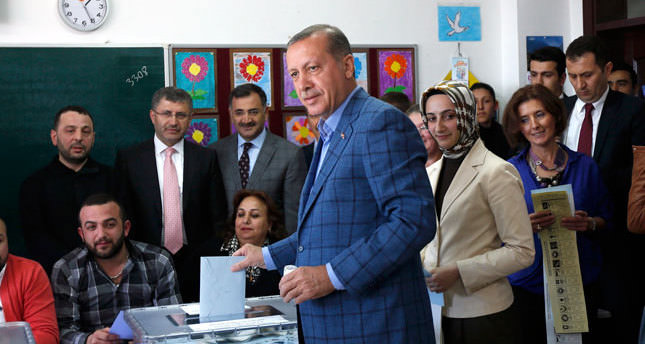 by Anadolu Agency Mar 30, 2014 12:00 am
ISTANBUL – Prime Minister Recep Tayyip Erdoğan casted his vote in Üsküdar, a district in Istanbul where prime minister's house is located, for the 2014 local elections.

After he voted, Prime Minister Erdoğan said, "The nation will have the final say."