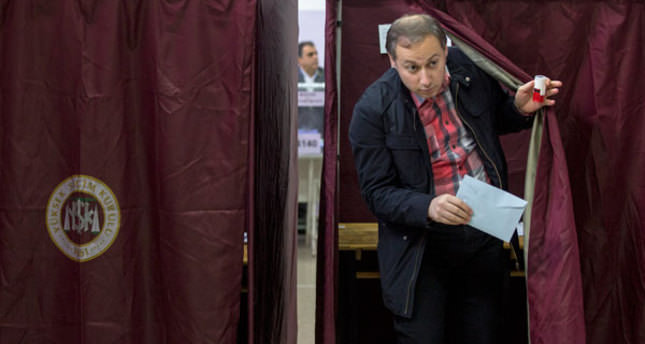 by AA Mar 30, 2014 12:00 am
ANKARA — Turkish citizens began voting in local elections on Sunday to elect mayors for cities and districts, city council members, and non-partisan 'muhtars' for villages and neighborhoods from 26 different parties.

The electorate in other 49 provinces in the country began casting their votes at 8am and will be able to cast till 5pm.

Over 52 million Turks are eligible to vote in Sunday's local elections. Around 27 million women and 26 million men will cast their votes at nearly 200,000 ballot boxes across the country.

The electors are required to bring with them to the polling stations official documentation displaying their photograph, including identity cards, passports, driving license.

For many Turkish citizens and the international community, the significance of these elections goes beyond local administration, with the outcome expected to have wider repercussions on politics both within the country and beyond.

It is the first elections since last year's Gezi Park protests in the summer and Dec.17 operations.