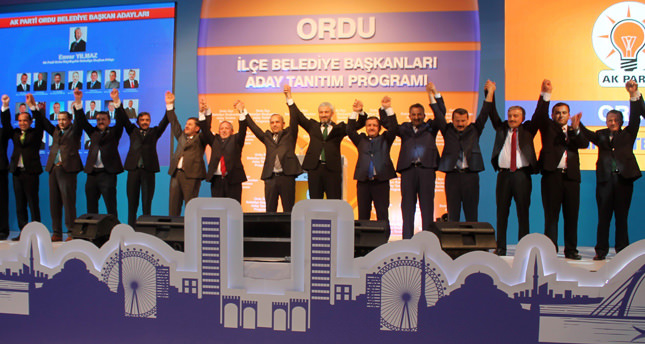 by daily sabah Mar 31, 2014 12:00 am
ORDU / KASTAMONU — According to the unofficial results in northern Turkey, AK Party has won in Kastamonu and Ordu, which are
accepted as the fortresses of the Democratic Left Party (DSP) and Nationalist Movement Party (MHP).