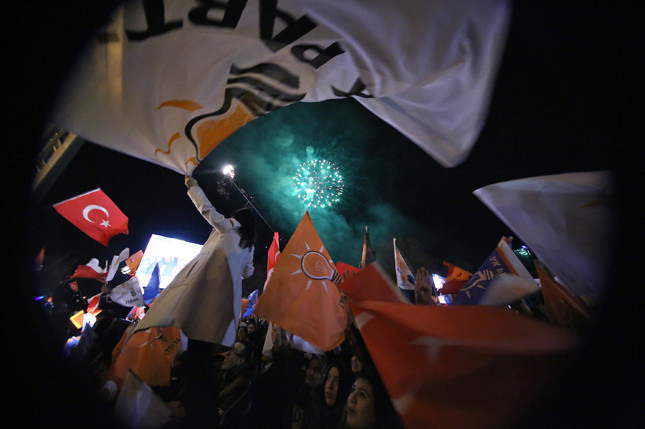 Under intense attack from the opposition and the Gülen Movement, Prime Minister Erdoğan succeeds in increasing support for the AK Party to above 46 percent

ISTANBUL — In an election campaign dominated by concerted attacks on the Justice and Development Party (AK Party) by the shady Gülen Movement and opposition parties trying to exploit the attacks from the sidelines, the ruling party scored a major victory in yesterday's local elections. When Daily Sabah went to print, AK Party had won 47.75 percent of the national votes, up from its 38.39 percent success in the last local elections in 2009. 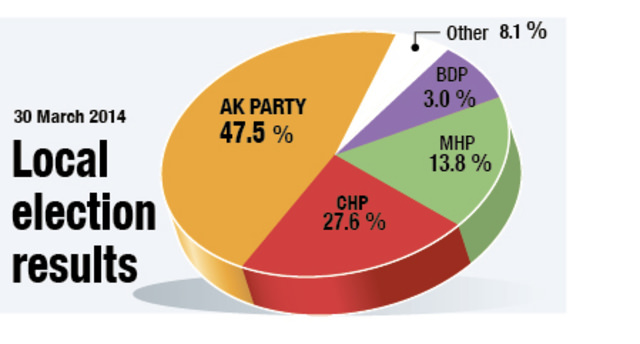 Incumbents from both the AK Party and main opposition Republican People's Party (CHP) were able to emerge as victors in Turkey's three largest cities, Istanbul, Ankara and İzmir. In Antalya, the AK Party scored a major upset, with its candidate Menderes Türel winning over CHP's incumbent Mustafa Akaydın. Meanwhile, businessmen and economists, speaking to Daily Sabah, said, AK Party's solid showing in yesterday's elections would mean continued political stability in the country and would translate into a boost to growth.