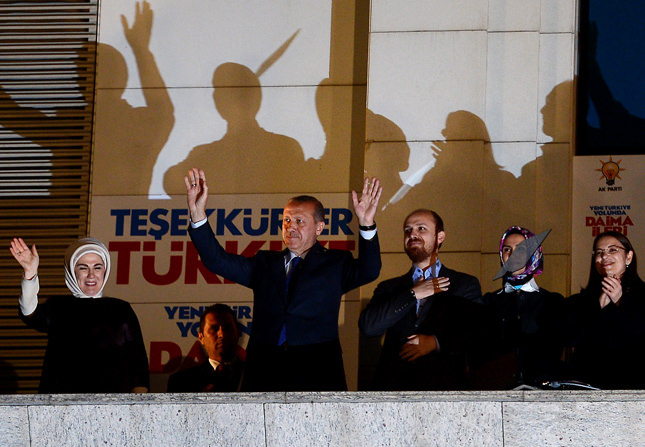 The Prime Minister said, "Today, no one has lost, every citizen has won a party that will serve them." and continued by saying, "Let's open a new page in which the love of Turkey exceeds all."

PM Erdoğan said that today, the new Turkey is victorious. He stated that it is not enough for a party (ruling party) to embrace the people. Opposition parties should also leave arrogance out of politics. The Prime Minister said that it is clear that Turkey is in need of a new opposition.

PM Erdoğan spoke harshly of his opponents saying, "How could you dare threaten our national security? They will pay for it." and continued by saying, "The traitors who betrayed the nation by wiretapping a top-secret meeting at the foreign ministry's office will pay for it."

PM Erdoğan told the crowd, "Today, the nation gave a clear message, we are here!"

He finished by saying, "I thank the people who prayed for our victory."