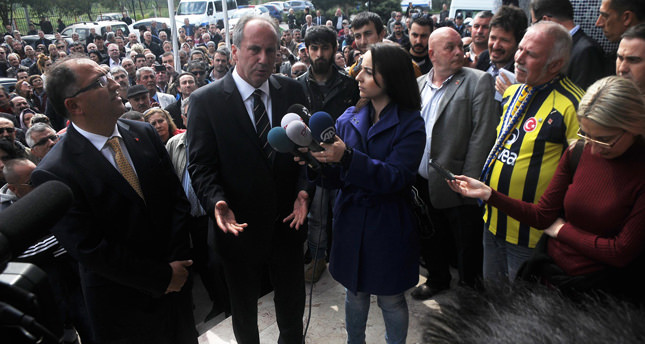 by daily sabah
Apr 02, 2014 12:00 am
YALOVA — After CHP and AK Party's objections 124 ballot boxes in the province of Yalova were recounted. Unofficial results showed AK Party had won the race for mayor in Yalova with just one more votes.

After CHP objected and demanded a recount to the city's election board, CHP became the new victor by 5 votes.
Last Update: Apr 02, 2014 9:58 am