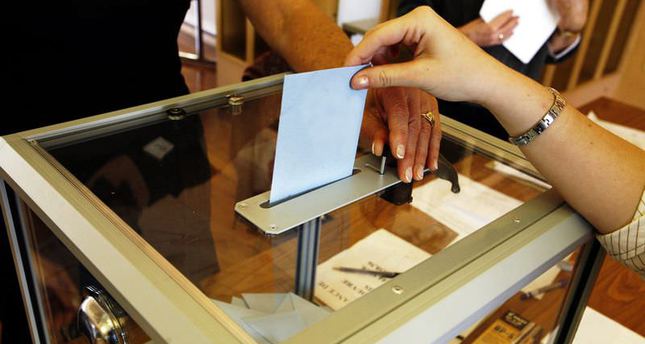 by Yahya Bostan Mar 27, 2015 12:00 am
With the aim of having enough seats in Parliament to establish a new constitution without opposition and to switch the current parliamentary government to a presidential system, the Justice and Development Party's (AK Party) election manifesto is scheduled to be announced on April 15 in an event to be attended by thousands of political figures, prominent business people and celebrities.

According to Daily Sabah's sources, the main focus of the election manifesto is expected to be a new constitution and switching from the current parliamentarian system to a presidential government. To draw attention to the need of switching the system of state, the AK Party will explain in detail how the "military coup-drawn Constitution and parliamentary system had paved the way for tutelage in the country and how it blocks state mechanisms from shifting the country to better levels."

The AK Party will explain that the current parliamentarian system had completed its term and switching to a presidential system is necessary for political stability and power. That part of the manifesto that explains the details about the AK Party's intention to switch the country's political system was personally penned by Prime Minister Ahmet Davutoğlu.

Davutoğlu has recently dismissed opposition criticism over the possible replacement of the current parliamentary system with a presidential one and added that a new constitution will be a priority during the election campaign. Davutoğlu stressed that it was necessary to address crucial political matters, especially a presidential system, which has been discussed on and off for decades. He has sought to convince the public that neither he nor President Recep Tayyip Erdoğan demand to hold ultimate power in the country, refuting claims from the opposition that adopting a presidential system would bring a dictatorship to Turkey.

"There is an argument that a presidential system will create authoritarianism. What's your proof for that? Even those who have limited knowledge of politics and political science know that ensuring democracy is possible under both the presidential and parliamentary systems. These are both described as democratic systems in comparative political studies. Inclinations for authoritarianism can come from parliamentary systems as well," Davutoğlu said.

Throughout modern Turkey's history, the governmental system has been a hotly debated issue that began with the eighth president, Turgut Özal, and continued with the ninth, Süleyman Demirel, and has been brought up again by Erdoğan who has asserted that a presidential system is more suitable to the country's political structure.