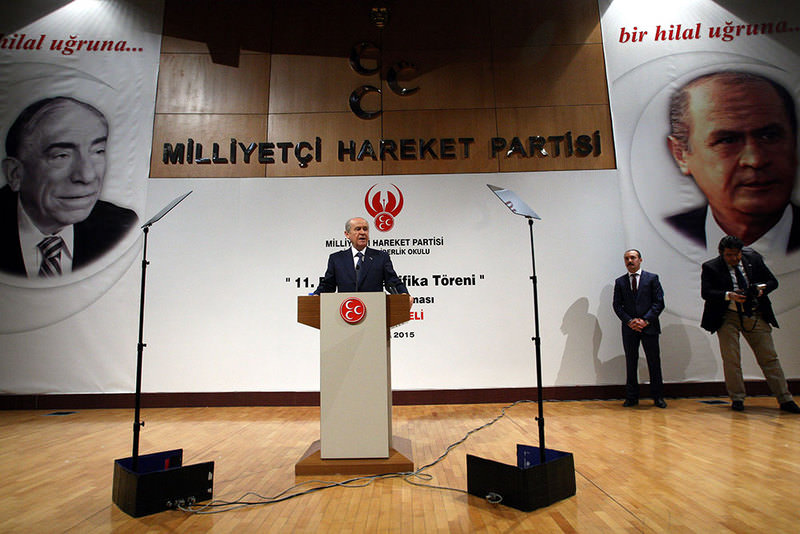 by daily sabah Apr 07, 2015 12:00 am
Turkey's third largest party in the 2011 elections, Nationalist Movement Party (MHP), submitted its final list of candidates to the top election body Supreme Election Board on Tuesday.

MHP provided the biggest surprise of the day by placing Ekmeleddin İhsanoğlu, the joint opposition candidate and Erdoğan's defeated rival in the 2014 presidential elections, in first place in Istanbul's second electoral district. Celal Adan, the party's vice president and former center right DYP deputy, will run in the second place in the same electoral district, and he is followed by Murat Başesgioğlu, former center right ANAP's Interior Minister and Labor Minister between 2002-2007 in AK Party government. Another former ANAP minister, Ahad Andican, is placed in the fourth place in the same electoral district. Mehmet Aslan, Turkish actor whose candidacy from MHP was debated in public and in MHP circles, will run in the sixth place in Istanbul's second electoral district.

Meral Akşener, current Istanbul MP and deputy parliament speaker, is listed in the first place of Istanbul's third district, and became of the 40 female candidates of MHP out of the total 550. MHP ranked fourth among four major parties with 40 female candidates, which was surpassed by AK Party with 99 candidates.