PM assures conclusion of reconciliation process regardless of election results 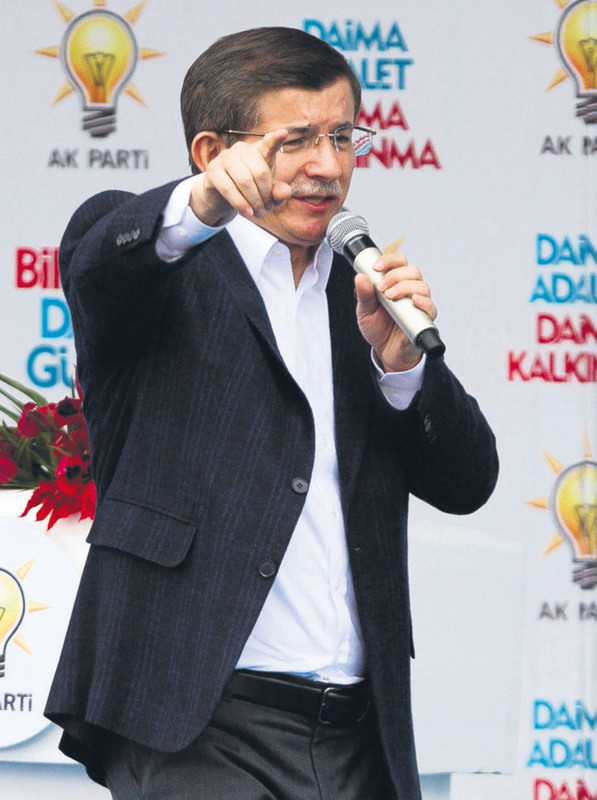 by Daily Sabah May 06, 2015 12:00 am
Prime Minister Ahmet Davutoğlu has said Turkey is determined to continue the reconciliation process that it launched to end the Kurdish question and armed conflict with the PKK, which claimed thousands of lives for decades, and assured that a conclusion will be reached regardless of the outcome of the elections.

Davutoğlu is continuing to hold rallies in the eastern provinces as the June 7 general elections draw closer. He was in Muş on Wednesday, a province with a predominantly Kurdish population. While there he touched on Turkey's protracted reconciliation process, which has failed to reach a conclusion since the PKK's highly anticipated convention to lay down arms that they pledged would take place before the elections, is currently on ice. Turkish officials have been castigating the Peoples' Democratic Party (HDP) and PKK for failing to stick to promises and for stalling in organizing the meeting to discuss abandoning arms, even after the PKK's imprisoned leader, Abdullah Öcalan, called on them to do so in his annual Nevruz message this past March.

However, despite these developments, Davutoğlu assured the crowd that the reconciliation process will reach a conclusion regardless of the election results. The HDP has recently adopted a democratic rhetoric as it looks to pass the 10 percent election threshold to enter Parliament. But since the PKK keeps resisting laying down arms ahead of the elections, concerns are high that the PKK will resort to arms unless the HDP finds a chance for representation.

"Terrorism and peace cannot coexist. Democracy and arms cannot coexist. They will either talk about peace in the country of freedoms or choose arms," Davutoğlu said, adding that Turkey will not let the latter persist any longer.

Davutoğlu also talked about the reforms the Justice and Development (AK Party) has brought thus far in the name of improving the rights of Turkey's Kurdish population. He said it was the ruling party that had removed bans on the use of the Kurdish language, a move that was criticized by nationalists saying that it could separate the country.

"Has there been any division in the country?" Davutoğlu asked. The prime minister also called on the HDP to urgently have the PKK lay down arms and carry out a fair and free competition for the elections. He also accused the PKK of failing to keep its promises. It had previously vowed to leave Turkish territory as part of the reconciliation process, but have not withdrawn.

The reconciliation process was launched by the AK Party in 2012 when then Prime Minister Recep Tayyip Erdoğan announced in December of the same year that the government was holding peace talks with Öcalan. Roughly three months after this announcement, Öcalan delivered a landmark message during Nevruz celebrations in March in which he called for a cease-fire. In July of the following year, Parliament passed a bill to support the country's ongoing reconciliation process to end PKK terrorism.
Last Update: May 06, 2015 9:43 pm
RELATED TOPICS