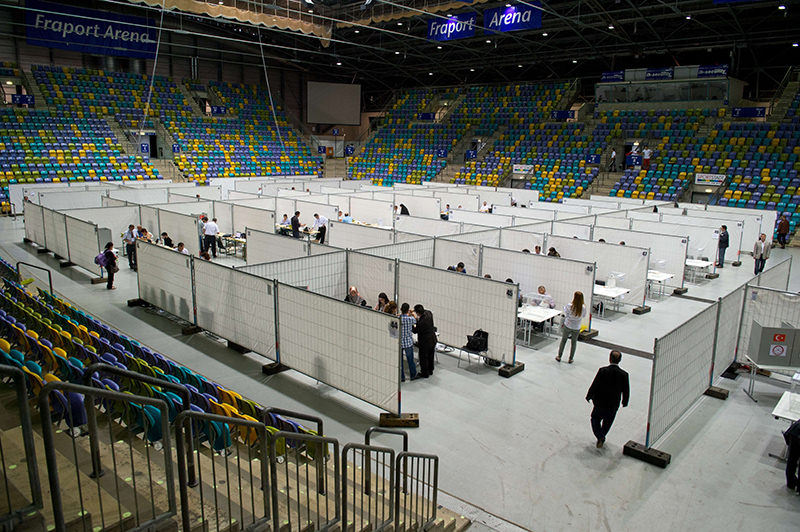 | AFP Photo
by Anadolu Agency May 07, 2015 12:00 am
Turkish citizens living across several European countries will start casting their votes on Friday ahead of Turkey's general election on June 7.

Turkey's Supreme Election Board announced earlier that 112 polling stations would be opened in 54 countries to serve the almost 3 million Turkish nationals living abroad.

Turks living in Germany, Australia, Austria, Belgium, Denmark, France, Switzerland and the Turkish Republic of Northern Cyprus will be eligible to vote from May 8 to May 31.

Turks in the United States will head to polls on May 16 through to May 31.

Polling stations for Turkish citizens living outside the country, who will cast their votes at border-crossing points, will be open until June 7.

Turkish nationals in Norway will begin voting on May 22 to May 31 and those in Romania will vote from May 28 to 31.

Polling stations will open on May 29 in Bulgaria, the Netherlands, Italy, Canada, Saudi Arabia and Turkmenistan.

Citizens in the United Arab Emirates, United Kingdom, Bosnia and Herzegovina, Algeria, Israel, Kazakhstan, Kyrgyzstan, Macedonia, Russia and Greece will cast their votes between May 30 and 31.

June's contest will be to elect 550 members of parliament from 20 political parties competing in the country's 25th general election.