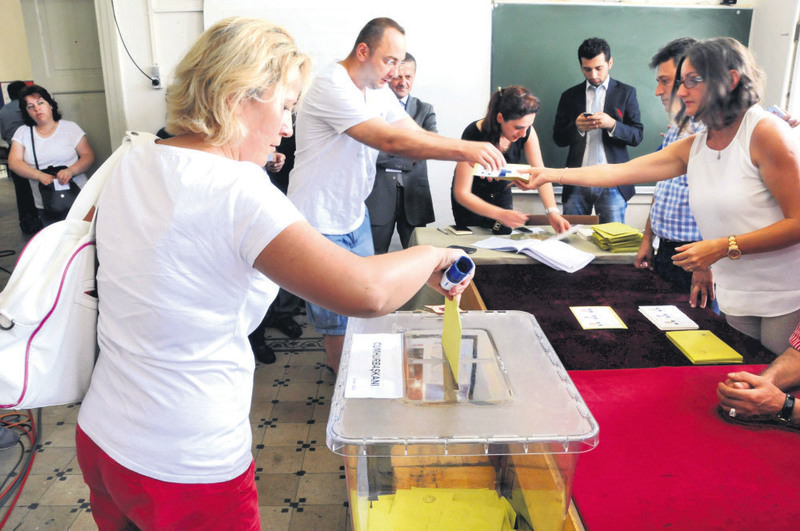 by Merve Aydoğan May 15, 2015 12:00 am
In an effort to counter any disruption of the upcoming June 7 general elections, the Interior Ministry has recently reported to the media that all safety measures have been prepared. An official from the ministry has also confirmed that Turkey will hold elections in a normal atmosphere in which random road and vehicle controls will be conducted throughout Turkey. In this regard, Turkey's top election body, the Supreme Election Board (YSK) has enhanced its precautionary measures in the energy sector for the safety of the elections as well, placing power generators in locations where electricity has not yet been established. During the local elections on March 30 there were power cuts in many Turkish cities, which led to questions regarding the validity of the election results announced by the YSK.

To enhance its precautionary measures in the energy sector, the YSK has established power generators specifically for courthouses as well as for the working stations by the identified district's election board. In addition to the YSK's safety measures, an official from the Interior Ministry has reported that the government aims to display its strength, especially in eastern and southeastern Turkey. The official also said that citizens living in the southeast have reported that they are receiving phone and letter threats. Speaking to the media in early May, Interior Minister Sebahattin Öztürk underlined that in order to provide security in districts, security centers have been established throughout Turkey by the General Directorate of Security, Gendarmerie General Command and the Disaster and Emergency Management Agency (AFAD).

The reported statements by official from the ministry also underlined that gendarmerie units are cruising throughout rural areas in the southeast in efforts to prevent any disruption to citizens' right to vote at the ballots. While there are many concerns and discussions regarding riots beginning and nationwide disruptions occurring as a result if the Peoples' Democratic Party (HDP) does not to pass the 10 percent election threshold, the official confirmed that the ministry has arranged all necessary preparations to prevent it.

As the Domestic Security Reform Package became law in late March after long hours of parliamentary debate, the official reminded the media of the law and reportedly added that the consequences of acts of violence were already been witnessed on May 1, following the members of several trade unions and other protesters who gathered in several locations in central Istanbul where tensions ran high and violence broke out when protesters started hurling stones and Molotov cocktails at police vehicles. The official from the ministry also reaffirmed that "those who aim to disrupt public order will be subjected to the appropriate laws."
Last Update: May 15, 2015 8:17 pm
RELATED TOPICS