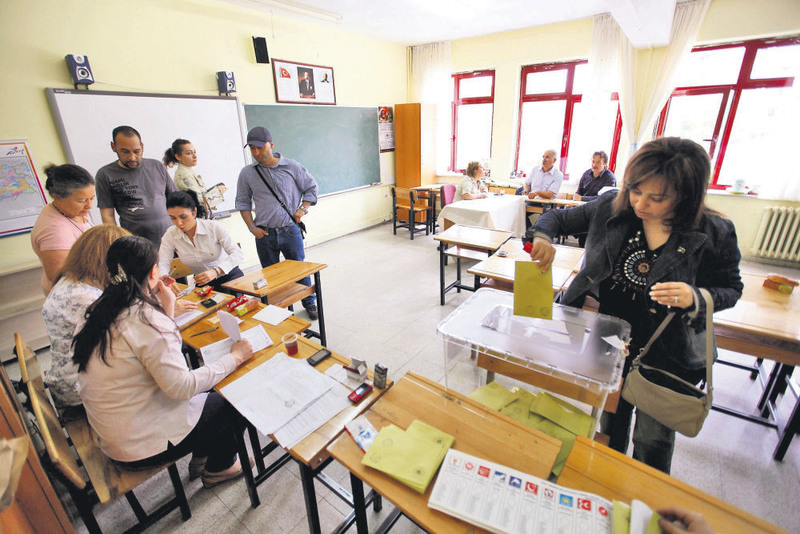 As Turkey readies for the general elections in less than two weeks, the government is taking precautionary measures like stationing 5,000 village guards in rural regions and canceling annual leave for police officers during election week

With only weeks left until the June 7 general election, Ankara is taking precautions to prevent any incidents on election day – such as possible power cuts – and beefing up security by canceling annual leave for police officers.

Considering the power cuts experienced during the 2011 general election and 2014 local elections due to cats entering power distribution units, the Energy and Natural Resources Ministry is expected to prevent the same from happening by deploying 5,000 village guards in eastern and southeastern Turkey to keep watch over critical power distribution units and power lines. Police officials will also be on duty to prevent unwanted incidents from happening in downtown areas, as gendarmerie officials will be responsible for security in rural areas.

Three different teams from the ministry and the Turkish Electricity Transmission Company (TEİAŞ) are expected to monitor more than 1 million kilometers of power lines on election day, and if a power cut or frequency distortion is found, a team will be directed to the area.

Apart from the ministry, the Supreme Election Board (YSK) has established power generators specifically for courthouses as well as work stations by the identified district's election board. Last year during the local elections on March 30 and the presidential election on Aug. 10, there were power cuts in some Turkish cities, which led to questions regarding the validity of the elections results announced by the YSK.

Precautionary measures are also being taken against threats and provocations. Police officers in 81 Turkish cities will not be allowed to take leave on election day on the instruction of the Interior Ministry. According to the ministry's decision, no leave except weekly days off will be allowed for police officers until the June 7 election is officially over. Additional safety measures will be taken in 17 critical provinces located in southeastern and eastern Turkey on election day as well, such as random road and vehicle checks throughout the country.

The reported statements by ministry officials also underscored that gendarmerie units will patrol rural areas in the southeast in order to prevent any disruption to citizens' right to vote. While there are many concerns regarding riots beginning if the Peoples' Democratic Party (HDP) does not to pass the 10 percent election threshold, the official confirmed that the ministry has arranged all the necessary preparations to prevent such disruptions. The safety measures in eastern and southeastern Turkey were established after the simultaneous explosions at two HDP provincial headquarters in the southern provinces of Adana and Mersin, for which the Revolutionary People's Liberation Party-Front (DHKP-C) terrorist organization is allegedly responsible.

With only two weeks left until the June 7 general elections, the recent attacks have raised concerns about pre-election violence. Such concerns have intensified especially with the recent reports of the PKK threatening locals in southeastern Turkey, urging them to vote for the HDP.
Last Update: May 24, 2015 8:25 pm
RELATED TOPICS