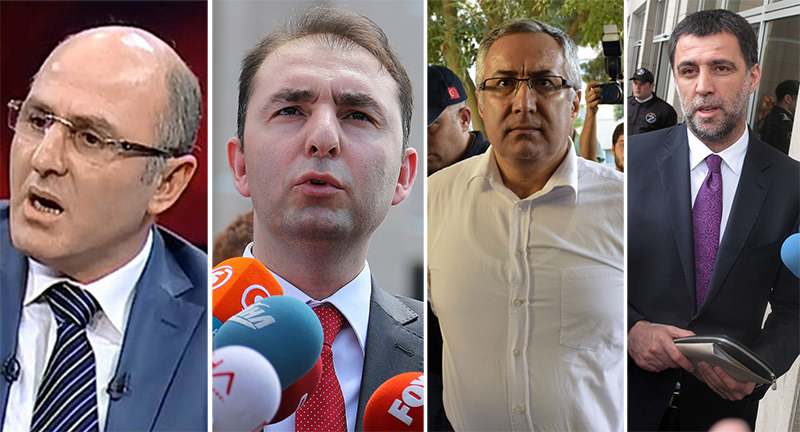 by Daily Sabah Jun 07, 2015 12:00 am
Independent parliamentary candidates linked with Gülen Movement suffered poor results in the June 7 parliamentary elections, receiving votes well below the needed level to be elected.

According to the unofficial results released by Istanbul Supreme Election Board, Hakan Şükür, former AK Party deputy and national soccer player, received only 1.72 percent of the votes in Istanbul's third electoral district. Around 90,000 votes were needed to be elected in the district. Şükür stood at 48,882 votes.

Former police chief Ali Fuat Yılmazer, received 59,689 votes in Istanbul's first electoral district. Yılmazer, often linked with the Gülen Movement was a key figure in the controversial Ergenekon and Balyoz cases, along with Armenian journalist Hrant Dink's murder, and was detained in 2014.

Yakub Saygılı, another police chief affiliated with the Gülen Movement, received 1.33 percent of the votes with 33,058 votes in Istanbul's second electoral district. Saygılı, detained in 2014, was a key figure in the December 17 police operation conducted against senior AK Party officials and their relatives with corruption charges gathered through illegal wiretappings.

Yurt Atayün, who was a former police chief of the counter-terrorism unit received 2.91 percent of the votes with 41,761 votes in Ankara's second electoral district. Atayün was dismissed from duty in early August of 2014 due to illegal espionage activities targeting Turkey's National Intelligence Chief (MİT) Hakan Fidan and was also accused of profiling officers in the police department based on their backgrounds and beliefs.

The Gülen Movement led by Fethullah Gülen is seen as a threat to national security by the government as it is accused of infiltrating top state institutions, including the police and judiciary, and wiretapping thousands of people including senior officials, journalists, actors, heads of nongovernmental organization and others.
Last Update: Jun 08, 2015 9:05 pm
RELATED TOPICS