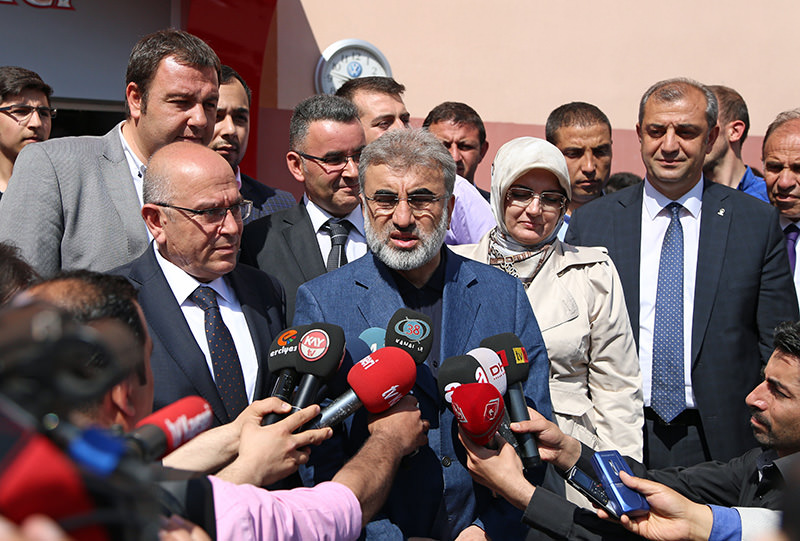 | AA Photo
by Daily Sabah Jun 07, 2015 12:00 am
Turkey's Energy Minister Taner Yıldız said on Sunday that the government has taken maximum precautions to ensure that there are no power cuts during Turkey's 25th general elections.

Yıldız told reporters that there are power distribution centers in 396,000 transformers and a total of 4,850 security staff and 3,027 police forces protect the main substations. He also added the power lines are monitored by helicopters and a total of 16,000 staff work to ensure there are no power cuts. Yıldız also added that three fully equipped helicopter are ready to intervene in case of power cuts.

"As of today, the energy consumption is expected to be around 27,000 megawatts, while around 44,000 megawatts of energy is disposable" Yıldız said.

Yıldız added that no votes were declared null due to power cuts in the previous election.

Yıldız made his statements at the national power distribution center located in Ankara's Gölbaşı district, where he will continue to monitor the grid until the votes are transferred to provincial election centers.