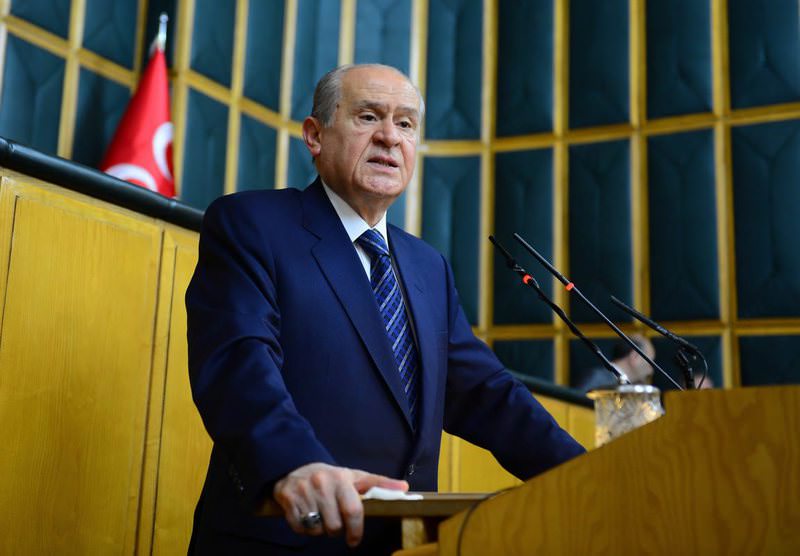 by Daily Sabah with Reuters Jun 07, 2015 12:00 am
Turkey should hold an early election if the ruling AK Party is unable to agree a coalition with parliament's two other opposition parties, the leader of Turkey's opposition Nationalist Movement Party (MHP) said on Monday.

"The first possibility for a coalition should be between the AKP and (pro-Kurdish) HDP. The second model can consist of AKP, (main opposition) CHP and HDP," Devlet Bahçeli said.

"If all these scenarios fail, then early elections must be held."

According to Sunday's parliamentary election, four major parties will enter the parliament. With more than 99 percent of the votes counted, the ruling Justice and Development Party (AK Party) was well ahead of other parties with just under 41 percent, gaining the party around 258 seats in the parliament, just below the threshold of 276 seats, the bare minimum to retain a simple majority in parliament. The results, therefore, suggest that a coalition government is awaiting Turkey.

Earlier today, MHP deputy leader Oktay Vural said: "It would be wrong for me to make an assessment about a coalition, our party will assess that in the coming period.

"I think the AK Party will be making its own new evaluations after this outcome." Vural added.

The MHP has long been seen as the AK Party's most likely potential partner.