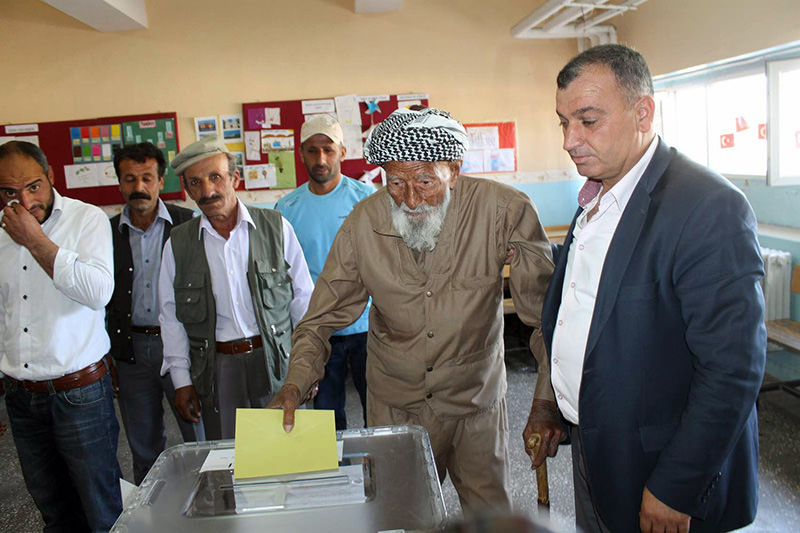 | IHA Photo
by Jun 07, 2015 12:00 am
Turkey's oldest voter, Mehmet Esen went to the polls on Sunday in his hometown of Eruh, located in the southeastern Turkish province of Siirt.

Esen told reporters that he wished the mood of peace and brotherhood, which have been prevalent since the launch of the reconciliation process to continue to dominate the region. The 130 year-old man made the comments in his mother tongue, Kurdish.

Esen told the reporters present at the place where he cast his vote that his grandchildren provided assistance for him and took him to the polls. He said he hoped Turkey's 25th general elections would bring Turkey peace, tranquility, and brotherhood.

"This election is very important for our country. With the launch of the reconciliation process, peace and brotherhood have been prevalent in the region," the 130-year-old said, adding that he wished such an environment would persist in the country.