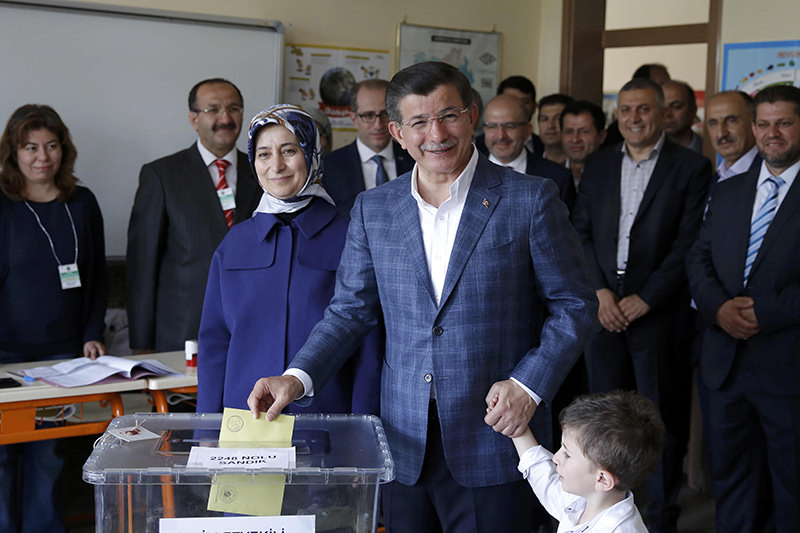 Turkey's PM Davutou011flu casts his vote next to his wife Sare (L) as he holds his nephew Eren Alp u00c7alu0131k at a polling station in Konya (Reuters Photo)
by Daily Sabah with AA Jun 07, 2015 12:00 am
Turkish political leaders cast their ballots on Sunday in the country's 25th general elections where over 53.7 million voters are participating.

CHP was the leading party where CHP leader Kemal Kılıçdaroğlu, Speaker of the Turkish Parliament Cemil Çiçek and the chairman of the Nationalist Movement Party (MHP) Devlet Bahçeli cast their ballots.

Co-chair of the pro-Kurdish Peoples' Democratic Party (HDP), Selahattin Demirtaş, cast his vote in Istanbul. "We hope that a result which will contribute to Turkey's civil peace, freedom and democracy will come up when the ballot boxes are opened in the evening," Demirtaş told reporters. 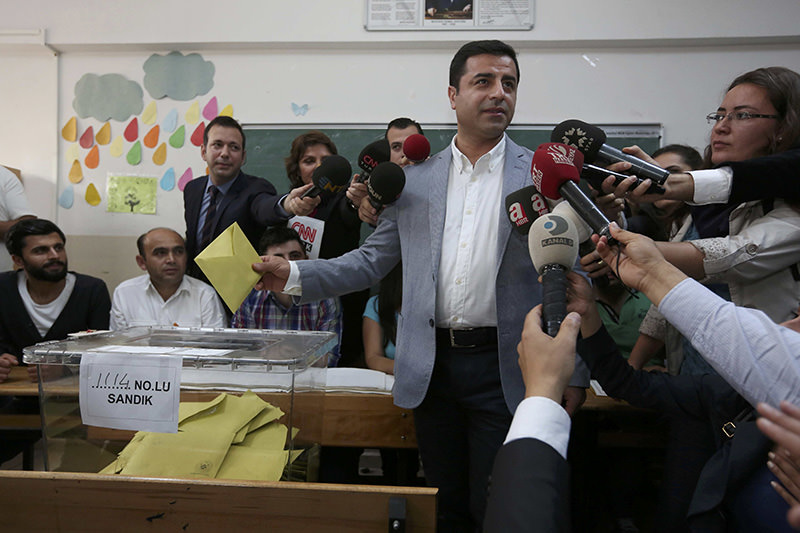 Figen Yüksekdag, HDP co-leader, cast her vote in the eastern Turkish province of Van. She told reporters: "We, as party members and volunteers, have conducted a very intensive struggle to meet with the ballot boxes and to reveal our democratic will. It was a struggle to reach democracy and ballot boxes."

"May our country, may democracy win" said Kılıçdaroğlu, after he cast his ballot, and he expressed that he was happy to see Turkish citizens participating in the elections. "I hope this election will lead to the development of democracy, freedom and spread a fair base for prosperity in Turkey," he added. 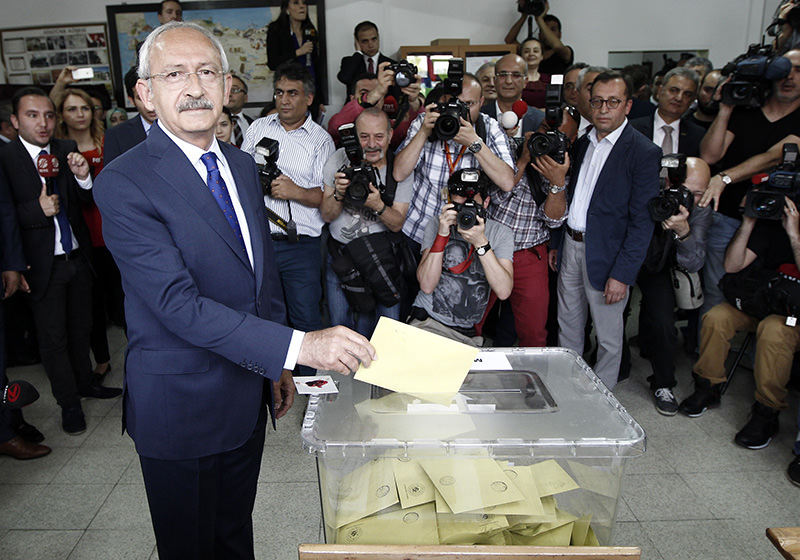 President Recep Tayyip Erdoğan cast his ballot at Saffet Çebi Middle School located in Istanbul's Üsküdar district on Sunday. The president received a warm welcome by the people who lined up to see him. Erdoğan was accompanied by his wife Emine Erdoğan and his daughter Sümeyye Erdoğan. After he cast his ballot, Erdoğan stated that it was a long marathon for all political parties and that Turkey is going through an extraordinary period. President Erdoğan noted that the timely elections signal confidence and stability in the country and added that it is a crucial sign for a strong democracy.

"I would like to thank our nation" said the President, who added that it is crucial for the stability of democracy for these elections to go smoothly. "I hope that we embrace a bright future as a nation together" the President added. 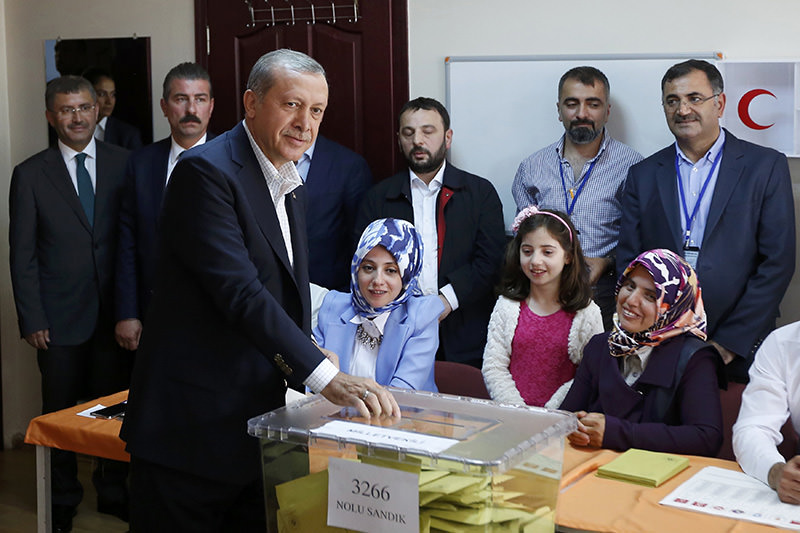 The 11th president of Turkey, Abdullah Gül, cast his vote in Istanbul. "I hope the results will be good for our country. Everyone has given speeches so the Turkish people are making their choices after an election campaign in which everyone expressed their opinions clearly. I am sure that everyone will do their best for the future of our children and country", Gül said.

Economy Minister Nihat Zeybekci had earlier cast his vote in the western province of Denizli. "We are going to the people who are the most important and only decision makers for our democracy," he said.

Parliament Speaker Cemil Çiçek cast his vote at a polling station in the capital Ankara, where he said Turks casting votes was one of the "beauties of democracy".

A total of 174,240 polling stations will be open until 5.00 p.m. local time (1500 GMT). Nearly a million Turks living abroad have already cast their ballots at 122 embassies and consulates.

The votes from 33 ballot stations at airports and border crossings will be collected when the polls close on Sunday.

Voters will be selecting a party, rather than a candidate, in 85 voting districts across the country under the closed list proportional representation system.

The election will be overseen by observers from civil society groups and political parties as well as international monitors from the Organization for Security and Cooperation in Europe (OSCE) and the Council of Europe.

OSCE Limited Election Observation Geert-Hinrich Ahrens is in Ankara to monitor the poll.

Of the 20 parties registered to contest the election, opinion polls suggest four parties could pass the 10 percent threshold to gain seats in the assembly.Turkish political leaders cast their ballots on Sunday in the country's general elections where over 53.7 million voters are participating.