AK Party not expected to sacrifice priorities to form coalition 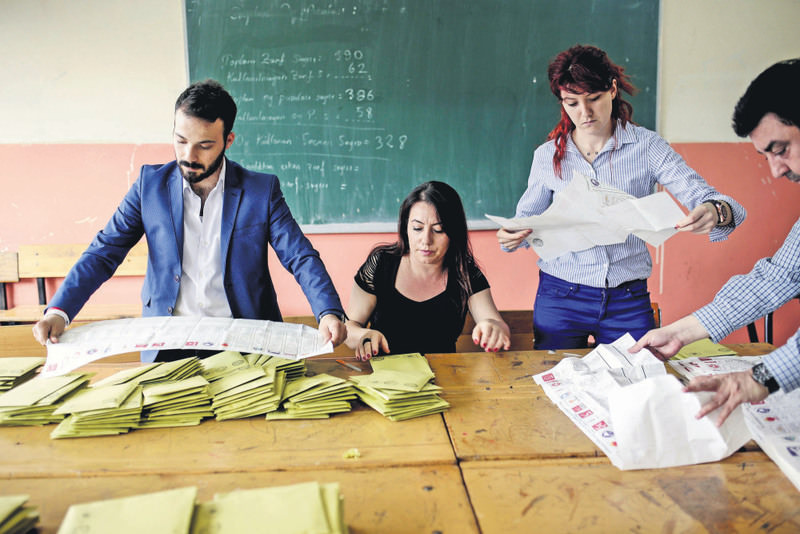 The ruling AK Party won the parliamentary election for the fourth time in row, but failed to secure an absolute majority after the pro-Kurdish HDP passed the 10 pct threshold. However, the AK Party is not expected to give up core priorities like the reconciliation process

The general elections held yesterday resulted in a hung parliament, with the ruling Justice and Development Party (AK Party) the clear winner, but unable to secure the absolute majority needed to form the government. The AK Party, which has governed the country since 2002, is unlikely to seek allies from the opposition to form a coalition because of the policy questions involved. The AK Party, which entered the elections with a platform based on a new constitution and a presidential system, is expected to not sacrifice its priorities to form a coalition.

Most pundits believe Sunday's election results will usher a period of political and economic uncertainty, to be followed by elections within the earliest time frame possible. Any possible coalition scenario is likely to compel the government to backtrack on major initiatives, for example the reconciliation process. Expressing his respect to the result of the election, AK Party chairman and Prime Minister Ahmet Davutoğlu said, "This nation's decision is the best decision. It is out of question to bow to any power."

The deputy chairman of Turkey's opposition Nationalist Movement Party (MHP), Oktay Vural, said on Sunday it was too early for him to say whether it would consider forming a coalition government with the ruling AK Party. Partial results from a parliamentary election on Sunday showed the AK Party may be forced to form either a minority government or a coalition. The MHP has long been seen as its most likely potential partner. "It would be wrong for me to make an assessment about a coalition, our party will assess that in the coming period. I think the AK Party will be making its own new evaluations after this outcome," MHP deputy leader Vural said.

Speaking after its election victory, HDP Co-Chair Selahattin Demirtaş said his party "is now a party of the whole of Turkey," and extended his appreciation to all those who supported his party. Demirtaş ruled out a coalition with the AK Party and claimed that the results of a parliamentary election had put an end to discussion about a presidential system.After the HDP's victory, the party's deputy Sırrı Süreyya Önder said the party is set to enter Parliament with 80 deputies, adding that the HDP's supporters should wait until the counting is finalized before celebrating.

During the pre-election period, the HDP adopted a democratic tone to expand its reach while addressing supporters in the western provinces. However, this too has been slammed by government officials who accuse Demirtaş of posing as an advocate of democracy on one side and backing the armed struggle of the PKK and fueling violence in the east on the other.