General elections end on a smooth and fair note 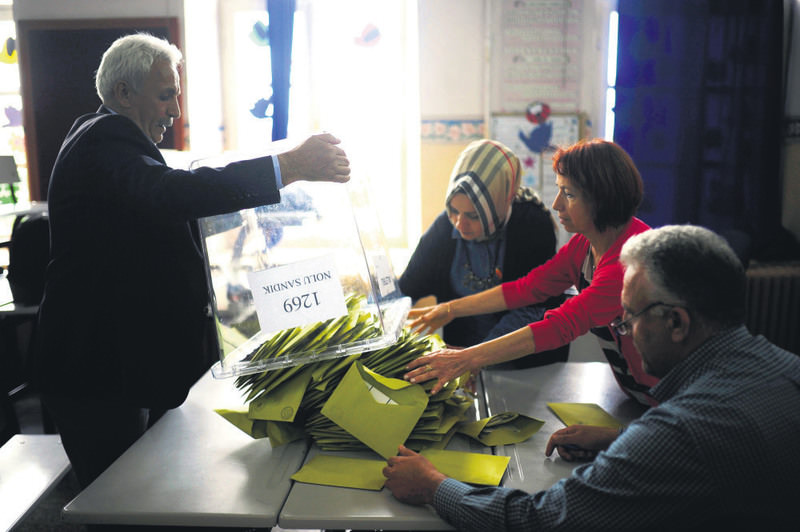 Turkey wrapped up the general elections yesterday in a fair and calm atmosphere. Security measures were apparently needed only to faster transport ballots in the southeast

The general elections were held in a peaceful environment in Turkey where political rivalry is a serious matter. Over 400,000 security personnel were deployed across the country to maintain security, including 300,000 police officers and gendarmerie troops. Security related to elections has been a hotly debated issue with attacks on members of ruling and opposition parties raising concerns.

When the polls closed at 5:00 p.m., violence targeting voters was low although there was a tense atmosphere at the polling stations. The southeast and east were particularly concerning as reports of threats to voters were widespread ahead of the polls. In the eastern province of Van, election observers for the ruling Justice and Development Party (AK Party) complained of threats. Zahir Soğanda, head of the party's local branch, told reporters that 600 observers stepped down from duty due to threats, although he did not mention the source of threats. Media outlets have been reporting that supporters of the PKK terrorist organization are threating people to not vote for AK Party. The PKK linked to the opposition People's Democracy Party (HDP), is trying to pass the 10 percent election threshold to secure seats in Parliament. Soğanda said their efforts to encourage observers to return to polling stations failed.

With concerns high in the southeast that has long been plagued by a bloody campaign of the PKK and constant threats to disrupt the vote, military helicopters carried ballots to several locations in Diyarbakır. After ballots were cast, helicopters transported them back to a center in central Diyarbakır for the vote count.

In the southeastern city of Şanlıurfa, six people were injured when two groups from rival political parties engaged in a clash at a polling station in Siverek district.

In the eastern city of Erzurum, an angry voter beat a polling official when he did not allow him to help his mother in the polling booth, citing rules.

In the central city of Çankırı, an election observer for the AK Party was stabbed at a polling station while another AK Party member was injured in a brawl at a station in Istanbul.

A brawl broke out in Ankara in a venue where ballots cast by Turkish nationals living abroad were being counted. When an election official ordered the demolition of ballots in a ballot box, citing there were more ballots in the box than the official number written down by election officials, a quarrel broke out, with party officials opposing the decisions. Riot police rushed to the scene when "extra" ballots were burned during the quarrel. Vote count proceeded after the brawling sides were dispersed.
Last Update: Jun 08, 2015 1:25 am
RELATED TOPICS