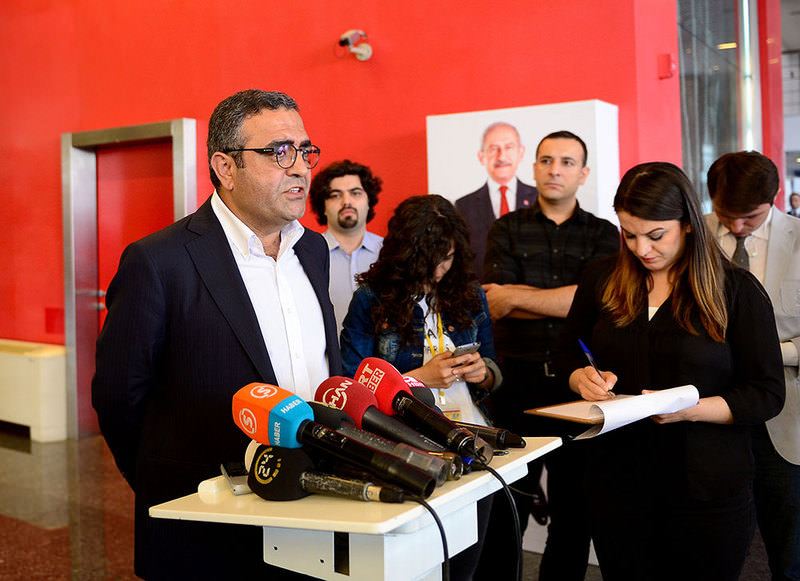 by Daily Sabah Jun 09, 2015 12:00 am
Turkey's main opposition party CHP's vice chairman said on Tuesday that the party was considering a coalition without the ruling AK Party that the party could form a government with the other two newly entered parties in parliament, the Nationalist Movement Party (MHP) and the People's Democratic Party (HDP).

Tanrıkulu said their priority of forming a coalition is one which does not consist of the ruling Justice and Development Party (AK Party). He said the party will work for achieving such a coalition and will get in touch with the relative parties accordingly.

"Everything happens in politics. At no point would the doors be closed," he stated. "We can easily form a government with the two other political parties to create a restoration period. Turkey would never be left without a government."

"The voters have given all the parties a message of consensus, and we will do what is necessary [to actualize this consensus]," he added.

CHP Spokesperson Haluk Koç has also made comments on Tuesday following the party's executive committee meeting, saying the party will not be the address of a political deadlock in the post-election period. He said there were four priorities of the party: restoration of economy, democracy, parliamentary system, and all government institutions' functioning within the framework of the constitutional law.