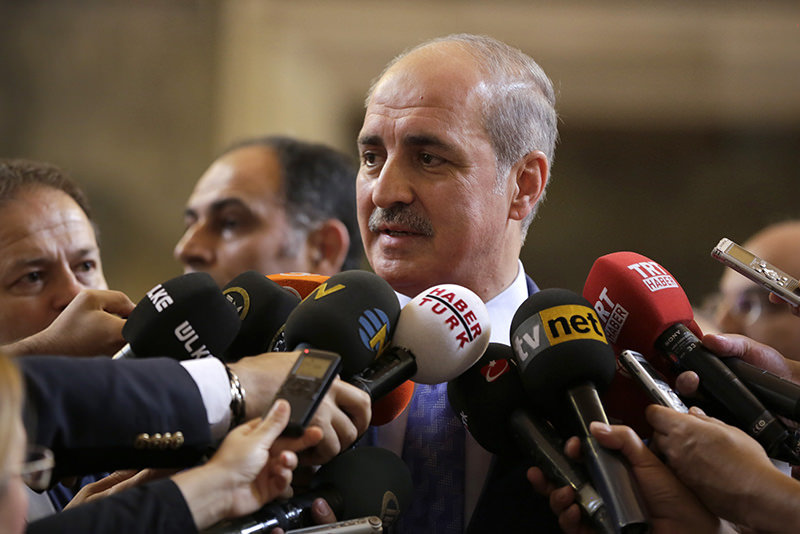 | AA Photo
by Daily Sabah with Reuters Jun 22, 2015 12:00 am
Holding an early election is the least likely option for Turkey, a deputy prime minister said on Monday, a week before President Tayyip Erdoğan is expected to give mandate to the ruling AK Party to form a government.

For the first time since sweeping to power in 2002, the AK Party this month failed to win enough seats in parliamentary polls for a single-party government. It now needs to find a junior partner to form a coalition government or face a snap election.

The uncertain political outlook has weighed on investor confidence in NATO-member Turkey.

"Official coalition talks have not started yet. Clear messages and views will be given when they start. I think that the possibility of an early election is the most remote possibility," he told reporters.

On Sunday, Erdoğan cited instability among neighboring states to urge political parties to form a coalition government quickly, or face the prospect of holding another election.

Turkey's parliament will convene on Tuesday for the first time since the June 7 election so deputies can be sworn in to the 550-seat assembly.

The first item on the agenda of the new parliament will be a vote for a new speaker and the first round of voting was set for Sunday. Candidates for the post will be able to apply from Tuesday until Saturday. The speaker election process is set to be completed within a maximum five days.

Next week, Erdoğan is expected to give a mandate to the AK Party which he co-founded to try to form a coalition government within 45 days.

A recent survey carried out by MAK consultancy indicated that if Turkey heads to early elections in the event that the parties fail to form a government, the AK Party could receive roughly 3 percent more support, which would make it possible for the party to rule alone.
Last Update: Jun 22, 2015 5:55 pm
RELATED TOPICS